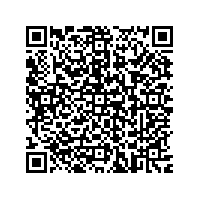 EV Group Honored as Most Innovative Company in Austria

(PresseBox) ( St. Florian, Austria, 17-04-05 )
EV Group (EVG), a leading supplier of wafer bonding and lithography equipment for the MEMS, nanotechnology and semiconductor markets, today announced it has received the 2017 Austrian Innovation Award, known as the "Staatspreis Innovation 2017," for the development of EVG's groundbreaking SmartNIL® nanoimprint lithography technology for micro- and nano-structuring of wafers and other substrates. The highest federal accolade for innovative companies in Austria was presented by Vice Chancellor and Federal Minister Dr. Reinhold Mitterlehner on March 28 at an awards ceremony at the Hall of Sciences in Vienna.

"Receiving the Staatspreis Innovation 2017 is a huge acknowledgement for us as well as confirmation of our Triple-i philosophy of invent-innovate-implement," said Erich Thallner, who founded EVG together with his wife Aya Maria in 1980 and serves as the company's president and executive board member today. "EVG's SmartNIL technology represents a milestone for our industry and proves the innovative strength of our company once more. The great effort of all teams involved in this product and process development, as well as the vision of our company and all of its employees to always be first in exploring next-generation applications, is the basis for our success."

EVG received the Austrian Innovation Award for the project "SmartNIL process and HERCULES® NIL high-volume production system for nanoimprint lithography." The functional principle of electronic, micro-mechanical or optical components and products often relies on miniscule structures being applied to their base material or substrates. Current manufacturing processes are often complex or do not provide the required precision, especially in high-volume production. Nanoimprint lithography can meet these requirements while reducing manufacturing costs by transferring extremely small structures from a stamp to a polymer material. Thanks to the SmartNIL technology, which was specifically developed for this, uniform contact between the substrate and the re-usable imprinting stamp can be achieved even with microscopically small (sub-100-nanometer) structures. Applications include optical and semiconductor fabrication, medical device manufacturing for DNA and protein analysis, diagnostics and drug discovery, as well as water quality screening.

Vice Chancellor and Federal Minister of Science, Research and Economy Dr. Reinhold Mitterlehner acknowledged EVG for this innovative project. "Our Staatspreis is a renowned hallmark of excellence for companies. Only when the companies' accomplishments are visible and comprehensible beyond their own industry sector, innovation, as a key factor, can gain the status that it deserves in a knowledge-based society," stated Mitterlehner.

In total, 485 companies competed for the 37th Austrian Innovation Awards, which were organized by the Austria Wirtschaftsservice GmbH (aws) on behalf of the Ministry of Science, Research and Economy. A jury of experts chose the winner based on its assessment of the nominated companies' products, processes or services, relevant entrepreneurial data as well as the innovation's impact on the market, environment and society.

EV Group (EVG) is a leading supplier of equipment and process solutions for the manufacture of semiconductors, microelectromechanical systems (MEMS), compound semiconductors, power devices and nanotechnology devices. Key products include wafer bonding, thin-wafer processing, lithography/nanoimprint lithography (NIL) and metrology equipment, as well as photoresist coaters, cleaners and inspection systems. Founded in 1980, EV Group services and supports an elaborate network of global customers and partners all over the world. More information about EVG is available at www.EVGroup.com.