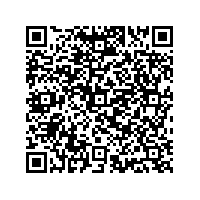 Wind energy's number one spot is more than justified

Subscribe to news
(PresseBox) ( Marseille, 09-03-19 )
Delegates left the European Wind Energy Conference 2009 (EWEC) today with the reminder that wind energy is Europe's number one in terms of new power capacity ringing in their ears. "In 2008, we installed 8,454 MW of wind capacity, making up 36% of power installations", stressed Arthouros Zervos, President of the European Wind Energy Association (EWEA). "That was more than any other power generating technology. There are good reasons for the wind sector's top spot: the range of benefits it offers to European citizens is unmatched by any other energy source".

There is now a total of 65 GW of wind power in the EU, which will, in a normal wind year, produce 142 TWh of electricity, equal to about 4.2% of the EU's electricity demand.

Wind energy is fuel free and so avoids volatile fuel and carbon costs. In 2008, while the oil price shot up to €147 and came unsteadily down again, wind power avoided fuel costs of €5.4 billion and CO2 costs of €2.4 billion. Furthermore, increasing the use of wind diminishes our reliance on fuel imports from unstable regions - currently, Europe imports 54% of its energy, and this is set to grow to 70% by 2030. The money pouring out of Europe to satisfy our thirst for fuels must instead be invested in indigenous and infinite power sources.

The sector is a significant creator of jobs - especially important at a time of such economic and financial instability. Between 2002 and 2007, direct employ­ment in the sector increased by 125% - an average of 33 new jobs every day, seven days a week in Europe. The European wind energy sector employed 160,000 people directly and indirectly in 2008.

The EU has a leadership position in renewable energy. By consolidating its expertise, it can provide technology exports to other countries, boosting its global stand­ing and economy. "In 2007, EU manufacturers installed 66% of new turbines globally," Zervos pointed out.

A wind turbine emits no CO2 or other pollutants, and over its 20-year life it will produce 80-120 times more en­ergy than it consumes. Europe's wind energy avoided the emission of 108 million tonnes of C02 in 2008 - equal to 31% of the EU-15's Kyoto obligations and the equivalent of taking more than 50 million cars off the roads.

"These figures demonstrate why wind is the first choice when it comes to new power installations, and why the sector has cause to celebrate at events such as EWEC," concluded Zervos. "EWEA's new 230 GW target for 2020 is one more example of the industry's confidence and the growing recognition of what wind power can offer European citizens."

As EWEC 2009 drew to a close today, Peter Hjuler from Risø DTU in Denmark announced the winners of the poster competition, which has been running throughout the four day conference. The four prizes went to Andreas Bechmann from Risø DTU, Jasper Madsen from LM Glasfiber in Denmark, George Caralis, Kostas Rados and Arthouros Zervos from NTUA in Greece and Zeljko Djurisic from the University of Belgrade, Serbia. The wind energy sector's most prestigious prize - the Poul la Cour prize - was awarded to Mechtild Rothe, Vice-President of the European Parliament, for her commitment to promoting renewable energy in Europe, including her role as rapporteur on the hugely important 2001 Renewable Electricity Directive.

The conference officially came to an end with a closing speech from Bernard Susini, Deputy Mayor for Marseille, responsible for sustainable development and climate change. Next year EWEC 2010 will be held in Warsaw, Poland from 20 to 23 April.