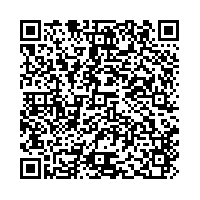 Subscribe to news
(PresseBox) ( Brussels, 09-03-17 )
Wind energy can replace a large proportion of the polluting and finite fuels we currently rely on," explained Andris Piebalgs, EU Energy Commissioner, at the opening session of the European Wind Energy Conference and Exhibition (EWEC) organised by the European Wind Energy Association (EWEA) this morning. "It makes good sense to invest in indigenous sources of power which hedge against unpredictable fossil fuel prices and in which Europe has a real competitive advantage".

According to the European Commission, 3.5% of the world's proven coal reserves are in the EU. We sit on less than 2% of the world's gas; less than 2% of its uranium and we have under 1% of the world's oil. "The fight over the world's rapidly depleting fuel resources is already intensifying," emphasised Arthouros Zervos, EWEA's President, at the session. "It will only become more brutal with time and Europe will lose the battle. European companies have two thirds of the €35 billion global market for wind power technology. Wind energy is Europe's contribution to peace, progress and prosperity and we should urgently develop, promote and export it to the best of our ability."

Wind energy's contribution to prosperity is analysed in detail in a new EWEA report launched today, which Zervos presented to delegates. 'The Economics of Wind Energy' provides a detailed insight into wind energy economics and compares the costs of wind to those of other power-generating technologies.

Zervos also announced that EWEA has increased its 2020 target for installed wind energy capacity in the EU from 180 GW to 230 GW, including 40 GW offshore. He explained that "the agreement on the EU Renewable Energy Directive in December 2008 and its mandatory 2020 renewables targets for the Member States have increased our optimism for the sector's outlook. We have therefore increased our targets. However, these targets will only be met if all the Member States implement the directive swiftly and effectively."

Previously, EWEA's target was set at 180 GW of installed capacity in the EU by 2020, including 35 GW offshore. The new 230 GW target would produce approximately 600 TWh per year in the EU by 2020, power equivalent to the needs of 135 million average EU households (60% of EU households) and meeting between 14 and 18% of EU electricity demand (depending on total demand in 2020).

Mechtild Rothe, Vice President of the European Parliament said that wind energy can make a real difference to employment and economies. "Wind energy is an excellent example of how to intelligently invest in a future-orientated sustainable economy getting thousands of people into jobs," she said. "Especially in these times of uncertainty it is very important that the European wind energy industry has created more than 60,000 new jobs over the past five years. These are not mere statistics - this is the competitive strength of Europe! Wind energy has definitely become a driving force of our economies. We have learned from the current crisis that we should not wait until the problems are there before we act - we need to invest in wind energy now."

Nobuo Tanaka, Executive Director, International Energy Agency (IEA), focused on the environmental benefits of wind energy in his presentation, saying that it "has an important role to play in climate change mitigation" but to tap into wind's full potential "we need effective national policies and a strong international framework. We need to reinforce, expand and link up our transmission networks. We must also increase research and development efforts in wind energy technology." Tanaka went on to stress the importance of focusing economic recovery plans on green investments for a short-term stimulus and long-term benefits.

Roland Sundén, CEO of LM Glasfiber and Chair of EWEC 2009 said today that "in 2008, more wind was installed in the EU than any other power generating technology. The track record of wind is the most visible proof that it creates great value. And as the financial and economic crises deepen, this becomes especially relevant, and that relevance creates a historic window of opportunity for everybody who is committed to combating climate change, to supporting technological leadership and to creating new competitive exports and jobs."

André Antolini, President of the French Renewable Energy Association (SER) cited France as a specific example of the difference wind can make to the economy. He said that "in France there are now over 130 companies that produce components for - or offer services to - the wind energy sector. Wind energy helps industry and the economy." Marcin Korolec, Secretary of State for the Ministry of the Economy in Poland, agreed. "The development of wind energy stimulates the whole economy, particularly at times of crisis", he said.

Jean-Louis Bal, Renewable Energy Director at ADEME, reinforced the important effects meeting the 2020 targets will have on Europe's future, saying that "the 20-20-20 by 2020 objectives represent an important investment, but also an investment whose medium and long term benefits are far higher than the costs."

To give a visual display of the benefits of wind energy Roland Sundén switched on a 'wind energy counter', which will run until the close of EWEC. The counter will show how much electricity wind has provided in Europe, how many investments have been made and jobs created in the sector, and the number of turbines built, during the four days.

EWEC is taking place in Marseille and will run until Thursday 19 March. Other sessions will cover political, grid, technical and scientific issues related to wind energy. Broadcast-standard videos highlighting the main activities at EWEC will be made available on www.thenewsmarket.com as from Tuesday, 17 March.

For any additional information do not hesitate to contact communication@ewea.org - Tel: +32(2)4001055