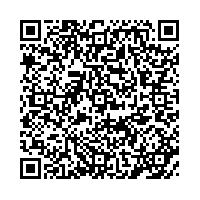 Subscribe to news
(PresseBox) ( Marseille, 09-03-17 )
The wind energy sector is attracting new sources of capital that compensate for banks' general reluctance to provide debt finance for projects, the European Wind Energy Association (EWEA) announced yesterday. A growing number of power companies with strong balance sheets are investing in wind energy and there is increasing interest from institutional investors, despite the financial crisis. The sector expects to be among the first to emerge from the economic turmoil. However, governments and the European Investment Bank must urgently establish loan guarantees to ease the banking liquidity squeeze and accelerate economic recovery.

The European wind energy market is less reliant on bank project finance than just three or four years ago as an increasing share of new installations are financed by institutional investors, infrastructure funds and from power company balance sheets[1].

"Whilst many sectors are struggling with falling demand for their products; the European wind power sector is not. Although the sector is doing well in attracting new sources of finance, EU governments should learn a lesson from the US recovery plan, which provides billions of dollars in loan guarantees to renewables. We need all channels of finance, including bank lending and export credits, to be wide open to meet demand," said EWEA CEO Christian Kjaer at a press conference yesterday in Marseille.

MEP and rapporteur on the Renewable Energy Directive Claude Turmes, also speaking at the press briefing, reinforced this point, saying that more money from the EU recovery plan should be set aside for loan guarantees.

"I welcome the proposal in the European Commission's draft of the five billion euro EU recovery plan to co-finance offshore wind and the first parts of a European supergrid, but this is not enough. The Heads of State also have to address the difficulty being experienced by even the most dynamic economic sectors like wind in getting access to the necessary finance needed for their investments," Turmes said. "They should follow the plans put forward by the European Parliament to dedicate parts of the economic recovery plan money to guarantee loans from the European Investment Bank or other banks to renewable projects with funds from the EU budget. This is exactly what wind and other renewables need to keep growing fast in the financial turmoil and to carry on delivering jobs, industrial leadership and preventing dramatic climate change while reducing Europe's energy dependency", Turmes added.

The cost of capital is an important factor in any wind energy project. Banks have hiked up the interest rate spread for wind projects from under 1% to above 2% in the last 18 months. However, this has been more than offset by the general decrease in central bank base rates. The rate on a 100 MW onshore wind farm in Europe decreased from 5.2% to 4.3% between July 2007 and February 2009[2].

"European governments have injected hundreds of billions of Euros to support financial institutions, but the fraction that reaches the real economy in the form of project finance is being limited by banks' reluctance to lend. This short-term difficulty does not accurately reflect the medium-term attractiveness of the sector. In a recent survey we found that 75% of institutional investors say they are likely to invest more in the sector by 2012" said Michael Liebreich of analysts New Energy Finance, also speaking at the conference.

If anything, however, wind energy is less risky today than a year ago, following the EU Heads of States' agreement in December 2008 to set binding national targets for the share of renewable energy in all 27 Member States. EWEA is confident that the sector will emerge early and even strengthened from the turmoil, and will be viewed as an attractive asset-class.

"Wind power investments carry more economic certainty than other energy investments since investors are not exposed to unpredictable fuel and carbon prices. 49% of institutional investors now say they are more likely to invest more in clean energy than they were a year ago. Only 5% say they are less likely to do so. Many investors have burned their fingers on high-risk assets, but require a higher return than the 2% they could get from government bonds. The institutional investors are showing the way and the retail investors will follow," Kjaer added[3].