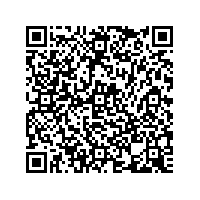 Subscribe to news
(PresseBox) ( Paris, 12-07-03 )
Over a dozen radio signals that have hindered data collection on ESA's SMOS water mission have been switched off. The effort also benefits satellites such as NASA's Aquarius mission, which measures ocean salinity at the same frequency.

We all know what happens when you place a cell phone too close to a speaker: seconds before the phone rings, that obnoxious buzz interrupts your favourite song.

This is radio interference - an unwanted reception of radio signals. Not only can it interrupt the music from your stereo, it can also impede satellite measurements.

ESA's Soil Moisture and Ocean Salinity (SMOS) satellite was launched in 2009 to improve our understanding of our planet's water cycle. In order to do this, it measures the microwaves emitted by Earth in the 1400-1427 MHz range.

SMOS immediately revealed that many unlawful signals were being transmitted around the world in this frequency range, rendering some of its measurements unusable for scientific purposes.

Over the years, ESA has investigated exactly where the interference is coming from.

As national authorities have collaborated with ESA to pinpoint the origin and switch these unlawful emissions off, the interference has waned.

One of the largest areas of contamination in the northern hemisphere is over the North Pacific and Atlantic oceans, primarily from military radars.

Over recent years, authorities from Canada and Greenland have been asked to take action. Canada started to refurbish their equipment in late 2011, while Greenland switched off their transmitters in March 2011.

At least 13 sources of interference have now been switched off in the northern latitudes. This has significantly improved SMOS observations at these high latitudes, which were previously so contaminated that accurate salinity measurements were not possible above 45 degrees latitude as the satellite headed north.

However, the few remaining sources can contaminate areas 3000 km away, especially as SMOS climbs north towards North America.

The efforts to reduce interference will benefit other missions carrying similar detectors, such as NASA's Aquarius satellite, which was launched last year.

A unique feature of SMOS is that it also measures soil moisture. SMOS and Aquarius readings are highly complementary: SMOS repeats coverage faster and at finer detail, while Aquarius has better 'pixel by pixel' accuracy.

Scientists are trying to combine both sets of measurements in the best way to improve global salinity maps.

"Combining SMOS and Aquarius new observations will allow us to map ocean surface salinity with an unprecedented spatial and temporal resolution," said Nicolas Reul from the French Research Institute for Exploration of the Sea.

"In particular, salinity fronts and the movement of water across tropical oceans and within strong currents - such as the Gulf Stream - shall be better detected and tracked than with single-sensor observations."