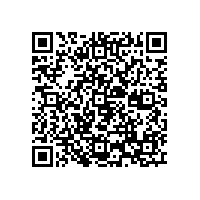 Subscribe to news
(PresseBox) ( Paris, 12-06-29 )
The revised launch date for the Metop-B satellite from the Baikonur Cosmodrome has been set for 19 September 2012. The launch campaign will resume in early July.

The Metop-B satellite is being stored in a controlled environment in the Starsem facilities in Baikonur and will be subject to a set of tests and preparatory activities until its fuelling which is currently planned for August.
Metop-B is the second of three Metop polar-orbiting satellites procured on behalf of EUMETSAT by the European Space Agency from a European industrial consortium led by Astrium.

The satellite includes instruments delivered by the French space agency, CNES, and the US National Oceanic and Atmospheric Administration, NOAA. The Metop satellites form the space segment of the EUMETSAT Polar System.

EUMETSAT operates the Meteosat-8 and -9 geostationary satellites over Europe and Africa, and Meteosat-7 over the Indian Ocean.

The data and products from EUMETSAT’s satellites make a significant contribution to weather forecasting and to the monitoring of the global climate.

The European Space Agency (ESA) is Europe’s gateway to space.

ESA is an intergovernmental organisation, created in 1975, with the mission to shape the development of Europe’s space capability and ensure that investment in space delivers benefits to the citizens of Europe and the world.

ESA develops the launchers, spacecraft and ground facilities needed to keep Europe at the forefront of global space activities. Today, it launches satellites for Earth observation, navigation, telecommunications and astronomy, sends probes to the far reaches of the Solar System and cooperates in the human exploration of space.