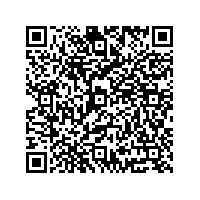 Subscribe to news
(PresseBox) ( Paris, 12-01-19 )
Sixty space experiment proposals have been selected as finalists in the YouTube Space Lab student science competition, co-sponsored by ESA. Judges must now select the two top entries to be flown on the International Space Station.

ESA, NASA, JAXA and the Canadian Space Agency have joined Google, YouTube, Lenovo and Space Adventures in an international science competition that challenges students aged 14-16 and 17-18 to design an experiment that can be conducted in microgravity on the ISS.

Since the start of Space Lab in October 2011, over 2000 proposals from 80 nations have been submitted via YouTube (YouTube.com/spacelab), giving the blue-ribbon panel of judges a difficult challenge.

Overall, the US led with 10 finalists, followed by India with nine. Rounding out the top five countries in terms of total submissions are Poland, Canada and Spain.

"The 'YouTube Space Lab' campaign is an excellent, creative way of reaching out to future generations of scientists, on the ground and in orbit," says Thomas Reiter, ESA's Director for Human Spaceflight and Operations.

"Today, numerous fundamental and applied research experiments in life and physical sciences, Earth and space monitoring as well as technology and education are performed on our Columbus laboratory on the ISS, closely coupled to terrestrial research programmes and issues."

Final round of judging now on

Starting today until 24 January, the YouTube community will be invited to judge these finalists alongside a prestigious panel of judges.

YouTube users and the judging panel will determine six regional winners (two teams from each of the Americas; Europe, Middle East and Africa; and Asia-Pacific) who will travel to Washington, DC, where the global winners (one team from each age group) will be announced in March.

The two global winners will see their experiments sent into orbit and performed on the Space Station in summer 2012 - live-streamed on YouTube from space.

"This will include briefings on orbital science and a personally guided tour led by European astronauts."