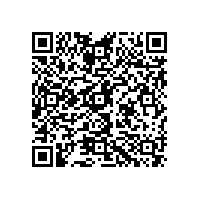 ESA's Swedish astronaut to return to the ISS

Subscribe to news
(PresseBox) ( Paris, 09-08-17 )
The launch date for the STS-128 mission to the International Space Station with Space Shuttle Discovery is scheduled for no earlier than Monday 24 August. The crew of seven includes ESA astronaut Christer Fuglesang of Sweden, on his second spaceflight, a mission dubbed "Alissé".

For a launch on 24 August, liftoff is scheduled for 07:58 CEST from Pad 39A at the Kennedy Space Center at Cape Canaveral, Florida. Docking with the International Space Station (ISS) will occur on mission day three (26 August). On entering the ISS, Christer Fuglesang will be welcomed by fellow ESA astronaut Frank De Winne of Belgium, aboard since 29 May.

During the Alissé mission (the name refers to the trade winds exploited by European sailors since Columbus to reach the New World), Christer Fuglesang will be in charge of operations involving the Italian-built Multi-Purpose Logistics Module (MPLM) Leonardo and will participate in two of the three planned spacewalks .

Carried into orbit inside Discovery's payload bay and then temporarily docked with the ESA-delivered Harmony Node-2 module, Leonardo will provide a pressurised environment for three life-support and three science racks to be transferred into the Station. The science racks include the second Minus Eighty Laboratory Freezer for ISS (MELFI-2) supplied by ESA, which provides very low temperature storage for samples, as well as the first ISS research laboratory fully dedicated to Material Sciences: ESA's Material Science Laboratory.

During his two spacewalks, Fuglesang will dismount the European Technology Exposure Facility (EuTEF) from an external platform on ESA's Columbus laboratory module. Designed to expose various sample materials and experiments to the vacuum of space, this facility will be returned to Earth inside Discovery's payload bay. Fuglesang will also install another material exposure experiment package -NASA's sixth Materials on International Space Station Experiments (MISSE-6)- on the external platforms of Columbus. He will also remove and replace a depleted Ammonia Tank Assembly (ATA), part of the ISS thermal control system.

Christer Fuglesang is due to return to Earth aboard Discovery on 6 September at 02:15 CEST after 13 days in space. Frank De Winne will remain on the ISS until late November, assuming the "commander seat" in October.

For this mission, which breaks new ground in terms of ESA's activities on the ISS, ESA will arrange live transmission of the launch and the various flight events. A video News Release is already available for broadcasters on the ESA TV site (http://television.esa.int) or at the ESA launch media corner (http://video360.world-television.com/mediacorner/).

For the launch of the Alissé mission, local events will be arranged at ESA's Establishments and in Sweden at Gothenburg Universeum (see attached registration form). The launch coverage with live streaming and regular mission updates will also be available on the internet at the following address: www.esa.int/alisse