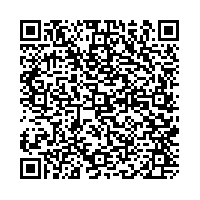 Subscribe to news
(PresseBox) ( Brussels, 09-06-19 )
The Solar Thermal Industry is looking confidently toward the future following a strong performance in 2008, when the European market grew by 60%. And the 4th European Solar Thermal Energy Conference (estec2009) confirmed its status as the largest international solar thermal platform worldwide with around 400 participants from 43 countries.

"In 2008, solar thermal heating and cooling solutions gained favour in more and more countries", says ESTIF President Olivier Drücke. "The solar thermal market in the EU and Switzerland grew by over 60% to 3,3 GWth of new capacity, i.e. 4,76 mil m2 of collector area". While demand for solar thermal technologies increased strongly in Spain, Italy and France, the biggest push came from the German market which more than doubled, from 0,7 GWth to 1,5 GWth.

At the recent estec2009 conference in Munich an international audience was given a preview of the latest ESTIF statistics. As these figures attest, the solar thermal sector is fast becoming an economic stimulator. Indeed, the European turnover for solar thermal products exceeded the 3 billion Euro mark in 2008 and the industry now employs over 40 000 persons on a full-time basis.

"Solar thermal is well-anchored in today's European markets - our solutions help consumers reduce their energy bills and society to reduce its dependence on scarce, imported fuels" says Olivier Drücke, ESTIF President. "With oil prices rising again, we believe that our sector will continue to grow steadily and be less affected by the current economic turmoil".