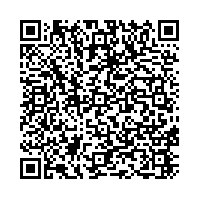 Subscribe to news
(PresseBox) ( Brussels, 14-06-04 )
In 2013, the total solar thermal installed capacity grew by 1.75 GWth, while the newly installed capacity decreased by 11.8%. Most markets were affected by the overall downturn, yearning for effective and stable support policies. However, the outlook is sunnier for some market segments; and the sector reaffirms its importance as a vital contributor to a clean, secure and affordable energy system.

In 2013, the European market contracted once again. The newly installed capacity totalled 2.14 GWth (approximately 3.05 million m²), representing a decrease of 11.8% compared with the previous year. The total installed capacity reached 30.2 GWth (43.1 mio m²), an increase of 6.2% on the total installed capacity at the end of 2012. During 2013 solar thermal contributed an estimated 21 TWh of energy production. This substantial amount of energy produced is nevertheless far from the 2020 target of 78TWh set in the national renewable energy action plans. The economic importance of the European solar thermal sector cannot be ignored: it achieved a turnover of 2.3 billion Euros in 2013 and created 26 700 full time equivalent jobs.

Unlike previous years, in 2013 the downturn affected almost all the larger and medium size markets. The major markets have contracted or, at best, stagnated. Germany, the main market still representing one third of the overall European market, led the trend with a decrease of 11% compared with 2012, totalling only 714 MWth (1.02 mio m²). Among the larger markets France experienced the strongest decrease (-24%), while in the medium size markets Portugal was the most affected (-31%).

Several markets suffered as a consequence of ineffective and/or erratic government support mechanisms.

"Our industry needs to find effective ways of meeting some challenges affecting its future" said ESTIF President, Robin M. Welling. He added "We also need to increase the industry's visibility to influence European policy and its implementation at national level by conveying appropriate messages to relevant stakeholders and policy-makers".

On a more positive note, some market segments are growing both in sales and visibility; such as large systems with the growth of solar district heating.