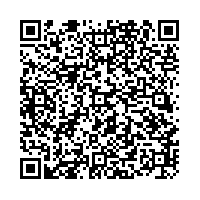 Subscribe to news
(PresseBox) ( Brussels, Belgium, 12-01-12 )
Rapid progress is being registered in developing a Voluntary Agreement on energy efficiency between the Brussels-based European Plastics Convertors Association (EuPC) and Europe's leading national plastics processing organisations. This is the fruit of EuPlastVoltage - a European Commission funded project with the aim of developing a long-term drive to reduce energy consumption in one of Europe's most significant industries with a combined turnover of some 300 billion Euros.

The Voluntary Agreement (VA), signed on the 30th November 2011, will act as a critical tool in market transformation, raising awareness of energy legislation amongst SME's, whilst tackling an untapped potential for energy savings within Europe's plastics industry. The major European plastics processing countries, acting as a collective through the European Plastics Convertors Association, will contribute directly to the EU objective of 20% energy savings by 2020.

The National Plastics Associations (NPA) will submit a Long Term Plan to EuPC, covering 4 years, detailing the background to energy policy in their respective countries, whilst detailing how the NPA will implement this VA in their territory. Again, on a national basis, each NPA will monitor progress of its own members and report back to EuPC on progress on an annual basis. Aggregated reports will be compiled presented to the EuPlastVoltage Advisory Committee, which will co-ordinate all activities and monitor progress. There will be a strong element of cross fertilisation of experience from one country to another with advice on suggested improvements dispensed to participants by the Advisory Committee

The project, which will be completed in November 2011, has been able to draw upon experience and to share knowledge and best practice derived through initiatives such as the British Plastics Federation's (BPF) Climate Change Agreement and the Voluntary Agreement, run by Federatie Nederlandse Rubber en Kunststofindustrie (NRK).

The two-year EuPlastVoltage project is part-funded by the European Commission as a part of its Intelligent Energy Programme, is led by EuPC and supported by National Plastics Associations.

For all enquiries and information, please contact Antonino Furfari (EuPC), Tim Marsden (BPF) or via www.euplastvoltage.eu

The European plastics converting industry across the 27 Member States comprises ca. 50,000 SME's and 1.6m employees, with a turnover of over €280bn per annum. Many of its products have the potential to save the use of energy in society either through their insulating qualities or through their light weight. EUPlastvoltage will provide a platform for deepening these benefits and enhance yet further the positive eco-profiles of plastics products.