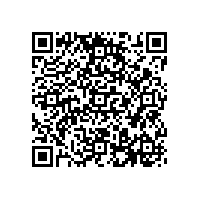 (PresseBox) ( Brussels, 08-11-19 )
Hardly anyone would have believed that Thin Film could attract so many people when the first EPIA-JRC Thin Film Workshop was initiated with 15 companies in 2005. Over 350 photovoltaic (PV) professionals gathered for the 1st EPIA International Thin Film Conference on 13 November last in Munich, Germany - a huge success that confirms the interest for a promising technology.

With a Compound Annual Growth Rate (CAGR) of 60% between 2002 and 2008 and more than 100% last year, Thin Film is a very dynamic market which benefits from a significant potential for development.

Now, in 2008, more than 150 Thin Film companies have entered the PV business. Over 40 of these are already in production and many others are expected to start production next year. Many companies have also announced new production capacities and the development of innovative products and technologies.

A great potential for cost reduction

The conference presented the state-of-the-art of the PV Thin Film sector and provided an insight into global market trends, the latest technological achievements, successful investments in the sector and a full analysis, from material and equipment suppliers to module manufacturers.

Scaling factors, improvement in efficiency (from 6-12% today to 10-15% in the coming years, with a potential of more than 20% efficiency in the long term) and development of new production technologies can significantly contribute to further reduce Thin Film module manufacturing costs to 1¤/Wp and below in the near future. Future material developments include further optimisation of the different cell concepts (a-Si, a-Si/?c-Si, CI(G)S and CdTe) but also the development and commercialisation of new concepts such as polymer solar cells and other types of organic solar cells (dye sensitive solar cells).

Improvement in the lifetime of solar modules is another step to further reducing solar electricity prices. The standardisation of components and manufacturing processes is also a key element towards mass production and industry maturity.

The pathway to Grid Parity

With the continuous increase of electricity prices and the decreasing cost of PV according to its typical 20% experience curve factor - the price of photovoltaic is reduced by 20% each time there is a doubling of the cumulative installed capacity - PV could reach Grid Parity (when photovoltaic generation costs are equal to or lower than the retail electricity price) earlier than expected in major energy markets, and with Thin Film technologies even sooner.

Provided that appropriate political support is ensured until competitiveness is reached, the PV industry is committed to increasing investments to accelerate cost reductions. Countries with high solar irradiation and high electricity prices, such as Italy and Spain, have the potential to reach Grid Parity starting in 2010 and 2012 respectively. Grid Parity could be reached in Germany as soon as 2015 and cover progressively most other EU countries up until 2020.

The conference provided a dedicated international discussion platform and offered a privileged opportunity to network with Thin Film's most knowledgeable experts. The 2nd EPIA International Thin Film Conference is already on the agenda and will be held in Munich, Germany on 12 November 2009.