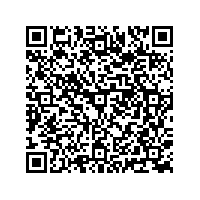 With over 31 GW of new capacity globally, PV saw another year of high-volume installations; but market dynamics are shifting; new EPIA report makes forecasts for the next five years

(PresseBox) ( Milan, 13-05-08 )
The world added more than 31 GW of new solar photovoltaic (PV) capacity in 2012 - roughly the same amount as in the record-setting year of 2011 - according to a new report from the European Photovoltaic Industry Association (EPIA). This significant market growth came even during a period of economic crisis and industry consolidation.

But the results of 2012 and the forecast for the coming years show clearly that Europe's leading role in driving the global PV market is coming to an end. In 2011, Europe accounted for more than 70% of the world's new PV installations; in 2012 this number was around 55%. In 2013 it is almost certain that the majority of new PV capacity in the world will be installed outside of Europe.

EPIA's new report, "Global Market Outlook for Photovoltaics 2013-2017", assesses the European and global markets for PV in 2012, and makes forecasts for the next five years.

The major findings for 2012 include:

- 31.1 GW of PV systems were installed globally in 2012, up from 30.4 GW in 2011; PV remains, after hydro and wind power, the third most important renewable energy source in terms of globally installed capacity
- 17.2 GW of PV capacity were connected to the grid in Europe in 2012, compared to 22.4 GW in 2011; Europe still accounts for the predominant share of the annual global PV market, with 55% of all new capacity in 2012
- For the second year in a row, PV was the number-one new source of electricity generation installed in Europe; PV now covers 2.6% of the electricity demand and 5.2% of the peak electricity demand in Europe
- Germany was the top market in 2012, with 7.6 GW of newly connected systems; followed by China with an estimated 5 GW; Italy with 3.4 GW; the USA with 3.3 GW; and Japan with an estimated 2 GW
- Under a pessimistic Business-as-Usual scenario, the global annual market could reach 48 GW in 2017; under a Policy-Driven scenario, it could be as high as 84 GW in 2017

"The results of 2012 signal a turning point that will have profound implications in the coming years," said EPIA President Winfried Hoffmann. "The global PV market is shifting from one driven mostly by Europe to one that also depends on countries around the world with varying degrees of solar potential and the political will to exploit it."

Hoffmann added: "But some things will not change. Even in challenging times, the prospects going forward for solar PV - a clean, safe and infinitely renewable power source - remain solid, especially the medium- to long-term. The main questions are how and where continued PV growth will occur, and how committed policymakers are to making it happen."

Bifacial modules: A test project for the future of technology