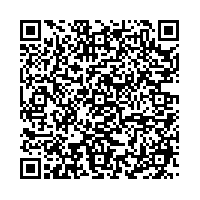 (PresseBox) ( Frankfurt am Main, 10-11-05 )
Created for developers looking to have a single application programming interface to control any compliant camera-regardless of its vendor, interface technology, or feature set-the GenICam standard is a shining example of common-sense engineering.

"With more than 70 companies worldwide cooperating on this initiative," says Dr. Fritz Dierks, chair of the GenICam committee, "the adoption of the GenICam standard continues to grow at extremely promising rates." Available since 2006, this latest release-GenICam 2.1-will be officially premiered at the upcoming VISION 2010 machine vision trade show, taking place in November in Stuttgart, Germany.

The GenICam committee is pleased to announce that this release includes the following improvements to the GenApi, SFNC, and GenTL:

- With the goal of continually improving the user experience, the GenApi module of GenICam 2.1 includes a tutorial as well as additional utility classes.
- As the GenICam standard matures and more advanced features are being incorporated into compliant devices, the SFNC module has been expanded to support version 1.2 of the GigE Vision standard.
- Module three of the GenICam standard, the GenTL standard text, was clarified in response to user feedback.

The GenICam committee believes the above enhancements to the standard will be warmly welcomed by the user community.

Of particular interest is that this release marks the first appearance of the CLProtocol module. This fourth module in the GenICam standard enables GenICam compliant Camera Link cameras to be controlled via the GenApi.

"The new CLProtocol module and the support granted by CoaXPress and Camera Link HS," explains Dierks, "is a significant step forward because now the GenICam standard is not only applicable to all gigabit Ethernet-based interfaces but also to all framegrabber-based interfaces."

Founded in May 2003 in Barcelona, the European Machine Vision Association currently has 120 members representing 23 nations. Its aim is to promote the development and use of machine vision technology and to support the interests of its members - machine vision companies, research institutions and national machine vision associations. The main fields of work of EMVA are: standardization, statistics, the annual EMVA Business Conference and other networking events, European research funding public relations and marketing. To find out more visit the web site www.emva.org.