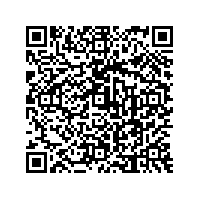 In the past years GenICam - a standard hosted by the European Machine Vision Association (EMVA) - grew to become a very important software standard providing a generic programming interface for all kinds of cameras and in particular those using the standards GigE Vision, USB3 Vision, CoaXPress, and Camera Link HS. On the roadmap of the GenICam Standard Working are the shortly expected release of GenTL SFNC 1.0 containing the definitions of the features for the GenICam GenTL standard; and the release of the complete GenICam package 2.4 that includes also updated versions for the GenICam GenApi, GenTL, and SFNC modules. Furthermore, the Working Group will soon start to work on GenApi 3.0, mainly in order to reach faster loading of the camera XML-files. This is in particular of interest for hardware standards which stage on GenICam such as GigE Vision, CoaXPress as well as USB3 Vision.

Founded in May 2003 in Barcelona, the European Machine Vision Association currently has about 130 members representing 22 nations. Its aim is to promote the development and use of machine vision technology and to support the interests of its members - machine vision companies, research institutions and national machine vision associations. The main fields of work of EMVA are: standardization, statistics, the annual EMVA Business Conference and other networking events, European research funding, public relations and marketing. To find out more visit the web site www.emva.org.