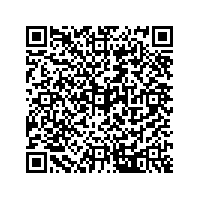 On 18 October, EPEX Spot and EEX launched ELIX, the new European Electricity Index which is based on the actual market orders in the EPEX Spot auction for the market areas France, Germany/Austria and Switzerland. ELIX is equal to the uncongested price in those market areas and shows the additional benefit which could be achieved through further market integration. From 19 to 31 October, the baseload average price for ELIX was 55.92 Euro/MWh, and the peakload average price was 62.41 Euro/MWh.

The trading participants can trade both Phelix Futures and Options with financial settlement and power futures settled physically with delivery to Germany and France.

EPEX Spot SE operates the power spot markets for France, Germany, Austria and Switzerland (Day Ahead and Intraday). Together these countries account for more than one third of the European electricity consumption. EPEX Spot is a Paris-based company under European law (Societas Europaea) with a branch in Leipzig.

Clearing and settlement of all EPEX Spot and EEX Power Derivatives transactions are provided by European Commodity Clearing AG (ECC), based in Leipzig, the clearing house of EEX and its partner exchanges.