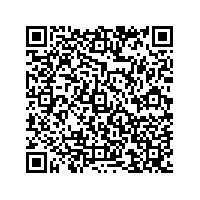 During the same period, the volume in power derivatives trading on EEX Power Derivatives amounted to 65.7 TWh in December (December 2010: 84.4 TWh).

EEX Power Derivatives GmbH operates the German and the French Power Derivatives Market and, hence, occupies a central position in power trading in Continental Europe: Market participants can trade financial settled power futures for Germany (Phelix-Futures) and France (French Futures) as well as options on Phelix Futures. EEX AG holds 80 % of the shares in the company while the French Powernext SA holds the remaining 20 %.

EPEX SPOT SE operates the power spot markets for France, Germany, Austria and Switzerland (Day Ahead and Intraday). Together these countries account for more than one third of the European electricity consumption. EPEX SPOT is a Paris-based company under European law (Societas Europaea) with a branch in Leipzig. A volume of 313.9 TWh has been traded in 2011 on the EPEX SPOT power markets.

Clearing and settlement of all EPEX SPOT and EEX Power Derivatives transactions are provided by European Commodity Clearing AG (ECC), based in Leipzig, the clearing house of EEX and its partner exchanges.