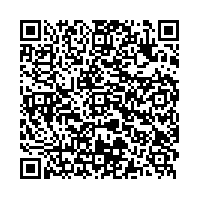 Subscribe to news
(PresseBox) ( Leipzig/Prague, 11-12-20 )
.
- CEZ to contribute data to the voluntary section
- technical and contractual preparation already underway on both sides - data coverage of about 60 per cent expected
- transparency for fundamental electricity data will improve and help to comply with REMIT

CEZ and European Energy Exchange (EEX) have agreed to extend the platform "Transparency in Energy Markets" (www.transparency.eex.com), operated by EEX, in its voluntary section to data from the Czech Republic. Preparations have already been started to allow first data publication in early 2012. Both companies expect a strong data coverage of some 60 per cent of the total installed power plant capacity in the Czech control area.

"Transparency in Energy Markets" is the platform for energy market data which provides a neutral place to publish market-relevant generation and consumption data.

"The modular structure of the transparency platform facilitates the implementation of further data from other countries. With the experience made when extending the platform to Austria in July 2011 the process will even be quicker and more efficient this time", Dr. Christoph Mura, Chief Operating Officer at EEX, said while pointing out that the expansion with further countries is both possible and desired.

The interest of CEZ is to report data according to the existing standards for installed capacities of its power plants in the Czech Republic, available capacities as well as generation values of the previous day. In order to fulfill the requirements of REMIT, CEZ will make available information on planned and unscheduled outages which are reported for all of its Czech generating units and published immediately when they become known.

"CEZ believes that the chosen combination of existing standards, which have proven their functioning in Germany and Austria, and an immediate publication of any outage will help to improve market transparency and to comply with legal obligations under REMIT", Michal Skalka, Director of Trading at CEZ, highlights.

The voluntary section which allows reporting of data for power plants of any size and any fuel type is open to further companies from the Czech Republic. CEZ and EEX invite other market participants to join and to publish data on the platform.

"Transparency in Energy Markets" is the neutral platform for energy market data which fulfills the statutory publication requirements and implements voluntary commitments of the market participants. The transparency platform for generation and consumption data (www.transparency.eex.com) was established by EEX together with the four German transmission system operators - 50Hertz Transmission GmbH, Amprion GmbH, EnBW Transportnetze AG und TenneT TSO GmbH - and the Austrian transmission system operator Austrian Power Grid AG, which is also responsible for the reports by VKW-Netz AG. The platform is developed further and expanded in co-operation with the associations Oesterreichs Energie, BDEW, VKU, VIK and the Federal Network Agency. EEX is in charge of the operation of the platform, which comprises plausibility checking, anonymisation, aggregation and publication of the data reported, in addition to support for the reporting companies and users. Currently, 40 German and Austrian companies directly submit data to the platform.