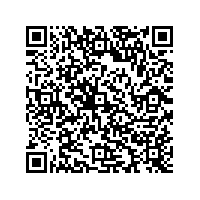 EEX: Trading in Guarantees of Origin to be launched on 6 June

Subscribe to news
(PresseBox) ( Leipzig, 13-04-25 )
On 6 June 2013, the European Energy Exchange (EEX) will launch trading in Guarantees of Origin for Green Power, and in doing so, will offer its trading participants a standardised and secure market platform. Guarantees of Origin are certificates, which prove that a given megawatt hour of power was generated from renewable resources. Used exclusively for disclosure and transparency purposes only, they are then cancelled after use.

By entering into the market of Guarantees of Origin for Green Power, EEX will establish an exchange platform for a product which has until now, only been traded over-thecounter. Commenting on the launch, Peter Reitz, Chief Executive Officer of EEX explains; "By doing this, we are giving our market participants the opportunity to trade energy from renewables at fair market prices on a regulated market. We will also offer additional opportunities for those participating in the renewable energy market, which will open up new options for stronger market integration of renewable energy in the future".

The products which can be traded on EEX bundle the energy sources hydroelectric energy and wind power on major European markets. On the Derivatives Market, the exchange will launch three products. These are Guarantees of Origin for Hydroelectric Power in Scandinavia (Norway, Sweden, Finland and Denmark) and in the Alpine region (Switzerland, Austria and Germany) as well as Guarantees of Origin for wind power from the North Sea region (Germany, Denmark, the Netherlands and Belgium). In order to concentrate liquidity, Guarantees of Origin trading will initially only take place on one day per week - (Thursdays, from 1pm to 4pm).

The European Energy Exchange (EEX) is the leading energy exchange in Europe. It develops, operates and connects secure, liquid and transparent markets for energy and related products on which power, natural gas, CO2 emission allowances and coal are traded. Clearing and settlement of all trading transactions are provided by the clearing house European Commodity Clearing AG (ECC). EEX is a member of Eurex Group.

Recommend EEX: Trading in Guarantees of Origin to be launched on 6 June press release