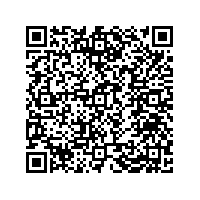 (PresseBox) ( Leipzig, 12-08-21 )
In spite of the changing market environment resulting from the energy turnaround and lasting uncertainty on the market due to the Euro crisis and open regulatory issues, European Energy Exchange AG (EEX) was able to continue its growth strategy during the first six months of the current financial year. The sales revenue generated by the energy exchange increased, for instance, by 2 percent to EUR 24.4 million compared with the same period in the previous year (EUR 24.0 million). As a result of the investments made in expanding and developing new fields of business, however, earnings before taxes (EBT) declined to EUR 8.4 million (same period in 2011: EUR 11.1 million). Compared with the end of 2011, the number of employees increased by 4 percent to 132 on account of the diversification strategy. As of 30 June 2012, EEX registered 215 trading participants compared with 205 participants at the end of the first half of 2011. "The parameters show that EEX is sound and growing. The decline in earnings is not a contradiction to this - it rather shows that EEX is investing in its future", explains Iris Weidinger, Chief Financial Officer of EEX Group, in presenting the results for the first half of the year.

Against the backdrop of the lasting and profound structural upheavals on the power market, EEX has further promoted its diversification strategy and continued to reduce its dependence on the power market. And although, as a product, power continues to be the mainstay of revenue, the share contributed by the other divisions has increased significantly. "Our investments are beginning to pay off", explains Peter Reitz, Chief Executive Officer of EEX. "We are observing particularly strong growth on the natural gas and CO2 market as well as in the field of information products. And these factors are already making a contribution to EEX's success."

At EUR 15.17 million, the power division made the biggest contribution to revenue during the first six months of 2012. The Power Derivatives Market accounted for a share of EUR 11.73 million thereof, meaning it contributed less than fifty percent to the overall EEX sales revenue for the first time ever (previous year: 62 percent). On the other hand, the sales revenue from clearing EPEX SPOT Spot Market transactions increased by 10 percent to EUR 3.44 million compared with the same period in 2011. In 2012, EEX sees the trend towards more short-term products continuing. This is also reflected in the volumes generated in the first six months of the year. Compared with the first half of 2011, volumes on the EPEX SPOT Power Market increased by 11 percent. A clear shift towards short-term trading is also visible on the Power Derivatives Market. Despite higher trading activities overall, which are due to the reinforced use of shorter terms, a decline in volumes was recorded in total (-22 percent). "We have to consider that our results are being compared with a period in which exceptionally high earnings were generated in the aftermath of events at Fukushima", underlines Iris Weidinger.

In the natural gas division EEX generated excellent growth rates during the first half of the year. Compared with the previous year, trade volumes on the Spot Market almost doubled (+91 percent), while an increase by 60 percent was achieved on the Derivatives Market. This development was driven, in particular, by the products launched last year (e.g. 24/7 gas spot trading for the GASPOOL, NCG and TTF market areas). The revenue generated in natural gas trading increased to EUR 0.90 million as against the same period in 2011 (EUR 0.45 million). In order to continue the successful development of this business field and establish new partnerships EEX will spin off the Natural Gas Spot and Derivatives Market into an own company with retroactive effect from 1 January 2012.

Moreover, EEX significantly increased volumes in the emission allowance division. Compared with 2011, the Spot Market for Emission Allowances rose by 62 percent, while the Derivatives Market achieved a three-percent growth rate. Due to the intense competition on this market, sales revenue declined to EUR 0.26 million (same period in 2011: EUR 0.31 million). However, EEX has evolved into the leading platform for primary market auctions in Europe. The segment of primary auctions will increasingly gain in importance. So far, EEX has securely and smoothly carried out more than 250 auctions for emission allowances of the second trading period. Furthermore, EEX was awarded the contract for auctions during the transition period of the third trading period by Germany. The decision on the EU-wide transitory auctioning platform has still to be taken.

In the field of clearing co-operations of European Commodity Clearing AG (ECC), sales revenue remained stable at EUR 2.36 million during the first half of 2012.

Perspective: In the near future, trading on EEX will continue to be shaped by the energy turnaround, competitive pressure, regulation and the financial crisis. Together, all of these factors result in a difficult and uncertain market environment. "Our diversification strategy into new fields of business, the further development of markets together with partners and through co-operations as well as the expansion of our distribution efforts have proven to be right and are increasingly gaining in importance in view of the current developments on the market. For this reason, we will continue to invest in growth - and these are investments which will pay off", emphasises Peter Reitz.

EEX will launch new products on the power market. There are plans to introduce daily futures to reflect the altered trading behaviour even more. In addition, a green power product is planned to fulfil the high demand for different renewable energy sources (such as photovoltaic, wind and water power). In addition to this, the exchange continues to rely on expanding the gas and CO2 market and on the fields of clearing and information products.

The European Energy Exchange (EEX) is the leading energy exchange in Europe. It develops, operates and connects secure, liquid and transparent markets for energy and related products on which power, natural gas, CO2 emission allowances and coal are traded. Clearing and settlement of all trading transactions are provided by the clearing house European Commodity Clearing (ECC).