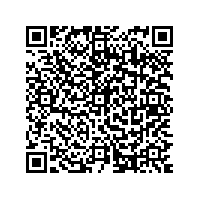 In spite of the reduction in trade volumes the sales revenue has declined only slightly during the period under review. At roughly EUR 17.7 million as against EUR 18.4 million it was 4 percent lower than the level generated last year. The Power Derivatives Market, which generated in total EUR 12.4 million of the overall sales revenue, proved to be the mainstay of sales once again.

During the first half of the year 2009 the trade volume on the Power Spot Market fell by 6% to 73.2 TWh as against 77.5 TWh generated during the previous year. Amongst other aspects, this decline is due to the reduction in physical delivery (volume generated on the Derivatives Market and settled via the Spot Market).

During the first half of this year a total of 547 TWh was traded on the Power Derivatives Market of EEX as compared to 616 TWh generated during the same period of the previous year. The Derivatives Market volume traded on the exchange declined to 133 TWh as compared to 161 TWh (-17%), while the volume from OTC clearing fell by 9% to 414 TWh (1st half of 2008: 454 TWh). This means the share, for which power traded on the exchange accounts in the total Derivatives Market volume, declined slightly to 24% as against 26% in 2008. In the French Power Future product, which has comprised the former Powernext Power Futures since 1 April 2009, a volume of 11.2 TWh was generated during the first half of 2009.

The open interest - the total of all open positions - on the Power Derivatives Market, on the other hand, has increased further. As of 30 June 2009, the open interest amounted to 464 TWh, which corresponds to a market value of EUR 23.0 billion (same period of previous year: 353 TWh, market value: EUR 31.4 billion).

The volume traded on the Spot Market for emission allowances increased to 2.9 million tonnes compared with 654,000 tonnes traded during the same period of the previous year. The Derivatives Market, on the other hand, declined by 45% to 14.9 million tonnes during the first half of the year 2009 as against 27.1 tonnes during the first half of the previous year. Since 26 March 2008 EEX has also offered futures on CER (Certified Emission Reductions), emission credits generated worldwide according to the Kyoto Protocol, in co-operation with Eurex in addition to the EUA futures.

Moreover, an inconsistent development was recorded in natural gas trading, which had been launched on EEX in mid-2007. The Spot Market grew by 185% to 1,110.7 GWh up from 389.7 GWh generated during the previous year, while, at the same time, the Derivatives Market fell by 14% to 5,237.8 GWh as against 6,087.6 GWh. This means that, even under consideration of the special factors caused by the crisis, EEX fell short of expectations on the Derivatives Market for natural gas. Nonetheless, natural gas trading will remain an important market segment for EEX which will be consistently developed further.

Against the backdrop of the current situation of the economy EEX expects results for the entire year 2009 below the level achieved during the previous year in terms of trade volumes, sales revenue and results. Nonetheless, the head of the group, Dr. Hans- Bernd Menzel, is convinced that there is no reason to change the strategy. The internationalisation process of the energy exchange EEX, which has a long-term design, will be pursued consistently. To that end, EEX has established an efficient group structure.