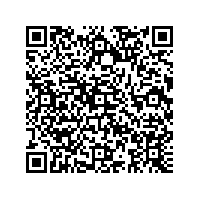 Re-election of Supervisory Board

(PresseBox) ( Leipzig, 14-06-06 )
At its meeting on June 5, 2014 in Leipzig, the Supervisory Board of the European Commodity Clearing AG (ECC) has confirmed Steffen Köhler as Member of the Management Board of the clearing house. Steffen Köhler's contract in the function of the Chief Operating Officer (COO) was extended with effect from 1 March 2015 for another five years until 29 February 2020. Köhler was first appointed to the board of the ECC in November 2012.

Additionally, the Annual General Meeting of ECC, which also met on June 5, has passed a resolution on amending the Articles of Association. According to this amendment, the Supervisory Board of the clearing house will now comprise six instead of nine members and is now composed as follows:

Dr. Jürgen Kroneberg thanked the retiring Supervisory Board members Prof. Harald R. Pfab, Dr. Ulf Böge and Pierre Bornard for their excellent collaboration and their commitment to the development of ECC.

European Commodity Clearing (ECC) is the central clearing house for energy and related products in Europe. In its capacity as the central counterparty ECC assumes clearing as well as physical and financial settlement of transactions concluded on CEGH Gas Exchange of the Vienna Stock Exchange, EEX, EPEX SPOT, HUPX, Powernext and PXE, or registered for clearing on these exchanges. Furthermore, ECC will start clearing services for the Norwegian NOREXECO and Cleartrade Exchange (CLTX) in the future. CLTX is a Futures Exchange with offices in Singapore and London which became part of EEX Group in December 2013.