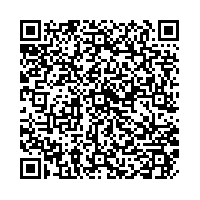 Subscribe to news
(PresseBox) ( Frankfurt am Main, 13-04-23 )
Before the new EUR5 banknotes of the Europa series start to circulate on 2 May, the Oesterreichische Nationalbank (OeNB) and the European Central Bank (ECB) invited experts from several countries to a high-level conference in Vienna on 22-23 April to discuss the preparations, challenges and opportunities involved in launching a new "family" of euro banknotes.

"This conference is an opportunity to discuss the various aspects related to the importance of cash in our societies", said Benoît Coeuré, a member of the ECB's Executive Board. "And to take stock of the developments in euro banknotes since they were introduced 11 years ago. People across the euro area trust their banknotes. However, the Eurosystem should remain ahead of the curve, and that is why we are launching the Europa series: to increase banknote security, take advantage of technological advances and maintain public confidence at high levels." According to a recent ECB poll, 51% of euro area citizens are aware of the Europa series.

"One of the main tasks of the central banks in the euro area is to ensure the integrity of the euro - and of euro banknotes. This means we have to steadily develop banknote security features to stay ahead of counterfeiters. The new euro banknotes benefit from advances in banknote technology, with the new security features offering better protection against counterfeiting", said Wolfgang Duchatczek, Vice-Governor of the Oesterreichische Nationalbank, in his opening remarks.

Also speaking at the opening session, Mr Coeuré noted that, despite the increasing use of cards and other electronic forms of payment, cash is by no means going out of fashion. "While there can be no objections to a society with less cash, a cashless society is not possible in the foreseeable future", he said. "We estimate that in the euro area 70-80% of the number of transactions, and 50-60% of the value of all transactions at the point of sale are still made in cash." But he added that the social cost of making cash payments would continue to rise relative to the cashless options. "In one way or another, this will put pressure on the cash sector to become more efficient."

The conference covered a variety of topics related to cash and the introduction of the new banknotes series, ranging from the international role of euro cash to technical aspects of the development of the Europa series and its enhanced security features. External stakeholders also contributed to the discussion. Catherine Piana, Director General of the European Vending Association (EVA), spoke about the challenges of adapting 3.8 million cash-accepting machines, serving almost 300 million customers weekly, to a new series of banknotes. "The dialogue and cooperation between the ECB and the national central banks, and banknote equipment manufacturers is extremely helpful and necessary", she said.

When the public starts handling the EUR5 note of the Europa series on 2 May, it will be the culmination of a process that started almost nine years ago, not long after the first generation of euro banknotes started to circulate. The process included analysing a large number of potential security features, extensive testing for durability and counterfeiting resilience, as well as all the work associated with developing new industrial processes for production across the euro area. Money production "is large-scale manufacturing that requires scientific precision", said Victoria Cleland, head of the Bank of England's Notes Division, who gave a presentation at the conference on the UK's introduction of a new £50 note.

The Europa series is so called because it includes a portrait of Europa, a figure from Greek mythology, in the watermark and hologram. The portrait was taken from a vase from the Louvre Museum which was found in southern Italy and is over 2,000 years old. The new series reflects advances in banknote technology since the first euro banknotes were issued in 2002 and includes some new security features, such as the "emerald number" - a shiny 5 - which changes from emerald green to deep blue when the banknote is tilted.