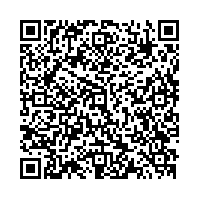 Subscribe to news
(PresseBox) ( Frankfurt am Main, 09-03-24 )
The economic implications and the policy responses to the global financial crisis and to the rise and fall in commodity prices were the main focus of the discussions held at the Fourth High-Level Seminar of the Eurosystem and Latin American Central Banks that took place today in Mexico City, under the chairmanship of Guillermo Ortiz, Governor of Banco de México, Jean-Claude Trichet, President of the European Central Bank, and José Viñals, Deputy Governor of Banco de España.

The Seminar, which was hosted by the Banco de México and jointly organised with the European Central Bank and the Banco de España, aimed at consolidating the policy dialogue between central bankers of Europe and Latin America following the third Seminar in Madrid in 2006.

Implications of the financial crisis

The first session focused on the global implications of the financial crisis and its effects on Latin America and the euro area. There was an exchange of views on the factors which have contributed to the financial crisis, on the channels through which the crisis spread across the globe and on the macroeconomic and financial implications of the crisis for both the euro area and Latin America. In this context, the outlook for both regions was discussed.

Governors highlighted the importance of the measures adopted so far for restoring the orderly functioning of financial markets, supporting the real economy, and enhancing confidence, which seek to strike an adequate balance between timely support and long term policy sustainability. They also stressed the need for an orderly exit strategy from current policy stimuli, when conditions warrant.

The rise and fall in commodity prices: Economic impact and monetary policy

The second session concentrated on the recent rise and subsequent fall in commodity prices and the policy response to commodity price shocks. Key topics in the discussion were the factors that have contributed to the recent fluctuations in commodity prices, their long term prospects and their impact on the near-term inflation outlook. In addition, there was an exchange of views on the extent to which high commodity prices contributed to the strengthening of economic conditions in Latin America and how the current adjustment will affect the region. Finally, the appropriate mix of macroeconomic policies in response to external shocks was also addressed.

Participants agreed that the recent decline in commodity prices reflects to a large extent the drop in global demand, in turn as a result of the global financial and economic crisis. This decline has reduced inflationary pressures, but poses a challenge for Latin American commodity exporters. On the other hand, commodity importers are benefitting from an improvement in their terms of trade.

Global policy measures in response to the financial crisis

The third session explored the global policy response to the financial crisis. The discussants focused on policy measures implemented so far at both the country and multilateral level. Moreover, participants discussed how global policy coordination can be fostered and improved over the medium term.

Governors agreed that the global nature of the crisis requires a global response. In this regard, they considered that international cooperation constitutes an effective way for minimizing the impact of the crisis. They also pointed out that countries should reinforce their commitment to keeping markets open through dialogue and cooperation.

Governors thanked the Banco de México for the organisation of this Seminar and underscored the value of this unique form of policy dialogue between Latin America and Europe, which they will continue in the future.