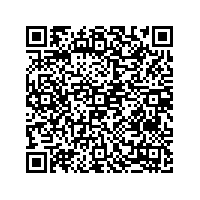 A warm farewell to Werner Winkelmann

Since the company's first formation contract was signed in July 1990, this year's event presented the ideal opportunity to celebrate the 20th anniversary of Euronics. It also allowed attendees to bid a warm farewell to Mr. Werner Winkelmann and to wish him a pleasant retirement. As President of Euronics International since 1997, his commitment to the organic growth of the group and his proactive collaboration with the key suppliers have been key drivers in the strong development of Euronics over the past thirteen years. Mr. Winkelmann's distinguished career included senior roles at Philips and Panasonic and from 1992 to 2009 he was CEO of Euronics Germany, where he also continued to serve in a senior function until his retirement.

The event also provided the backdrop for the announcement of the new Euronics Board of Directors. Succeeding Mr. Winkelmann as the company's new President is Mr. Hans Carpels. Mr. Carpels (Belgian, 1960) holds a Masters degree in Law and Marketing. He became CEO of Tera C.V. in 1985 and has been MD of Euronics Belgium since 2005. Mr. Carpels was one of the cofounders of Euronics and has supported Mr. Winkelmann as its Vice President since 2000. Succeeding him as the new Vice President is Mr. Paolo Galimberti (Italian, 1968), an entrepreneur with a Masters degree in Economics. Mr. Galimberti is also President of Italian Young Entrepreneurs and, as well as being a Board member of Euronics International and Euronics Italy, is also a member of the Boards of the Confcommercio and Eurocommerce. The other Board members are: Mr. Marcel Vloemans (Netherlands and MD of Euronics G.E.I.E.), Mr. Stuart Cook (UK), Mr. Peter Örbrink (Sweden), Mr. Jose Maria Verdeguer (Spain) and Mr. Fabrice Filleur (France).

2010 Supplier of the Year Awards

Presenting the 2010 Supplier of the Year Awards, Mr. Hans Carpels said that the competition for this year's awards was once again very close.The 2010 Euronics Supplier of the Year Award in the consumer electronics category was presented to Samsung Electronics and was accepted by the President of Samsung Electronics Europe, Mr. Sang Heung Shin. Bosch Siemens Hausgeräte (BSH) was presented the award in the household appliances category, which was accepted by the Senior Vice President Sales, Mr. Ditmar Krusenbaum. The award for the small domestic appliances category was given for the first time and presented to Mr. Reiner Kreisel, Director International Key Account Management Centre Europe for Groupe SEB.

Euronics outperforms the market again in 2009

Welcoming more than 200 delegates from its 25 member companies and 7 licensees in 29 European countries and key industry business partners, Euronics International Managing Director Klaus Lahrmann announced that the Euronics group achieved European sales of € 14.1 billion in 2009, a small decrease of 2% compared to 2008. He noted that this represented excellent performance against the background of challenging economic conditions in which sales in the market in which Euronics operates decreased by about 10%.

Mr. Lahrmann emphasized the fact that Euronics had outperformed the market consistently for the last six years and was once again confirmed as Europe's secondlargest retailer of consumer electronics. He noted that the continuing success of the company's strategy, combined with a number of potential country members having applied to join the group, held the promise of a substantial increase in turnover over the coming five years. The added value and excellent service provided by Euronics, in combination with the continuing product convergence trend, will also contribute to the achievement of value growth.

Headquartered in Hoofddorp, the Netherlands, Euronics International is the largest electrical buying group and second largest consumer electronics retailer in Europe. With 25 members and 7 licensees in 29 countries, the group is represented in all European countries with the exception of some in Eastern Europe. Euronics International members currently represent more than 6,400 business owners with 11,000 stores and more than 50,000 employees. More information can be found at www.euronics.com.