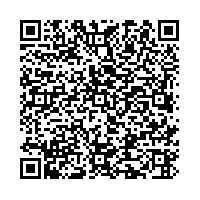 Subscribe to news
(PresseBox) ( Oxford, 09-03-09 )
The Home Office has announced funding for the purchase of six new police Eurocopter EC135 helicopters through a 2009/10 £5m capital grant for air support, as part of the first joint procurement by six UK police forces. The grant will also provide enhanced state of the art mission equipment.

The Police Air Support Units in Suffolk, Cheshire, North Wales, Cleveland, Midlands and Chilterns will each receive a new EC135P2i helicopter. However, the helicopters will be used by up to a total of 18 neighbouring police forces as part of regional consortia, including a Midlands regional collaboration pilot project to trial more efficient joint police air operations.

Across the UK, 27 Police Forces favour the Eurocopter family concept, operating both the EC135 and its larger derivative, the EC145. The EC135/ EC145 helicopter family provide "best in class" technology and perfectly adapted mission equipment meeting the today's stringent requirements for traditional Air Support and multi-role extended Police Air Operations and Intervention. This is part of a global trend which sees rotary platforms increasingly used as a complement to police forces on the ground in surveillance, search, pursuit and other law enforcement missions, as well as some night time rescue missions.

Markus Steinke, Managing Director of Eurocopter UK, commented: "The decision of the Home Office to fund the purchase of six EC135 helicopters for UK Police Forces confirms our position as the leader in the UK civil and parapublic market as well as valued supplier to the UK Government and its civil and military agencies. We are proud to continue to serve the interests of UK law enforcement with this pioneering approach to joint procurement, offering UK Police Forces the most advanced helicopters on the market."

Eurocopter remains the undisputed worldwide leader in the civil and parapublic market with more than 50% market share and has 76% of the police market in the UK.

The EC135 helicopter is a multipurpose twin engine aircraft with advanced design and state of the art technology, making it ideally suited for Law Enforcement missions. For more than 10 years the EC135 has been the preferred choice of worldwide Public Services operators.

Each of the helicopters will feature the latest Airborne Law Enforcement and Police Reconnaissance & Surveillance systems as well as interoperable communications means, including daylight and thermal imaging cameras, Nightsun search lights, video down-link system and Tetra radios, which will allow easy communication both with police on the ground and with the other emergency services. System integration and fit out will be performed at Eurocopter's customisation center in Oxford.