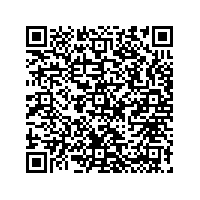 The Mexican Ministry of Defense Orders 6 EC725 Helicopters from Eurocopter

Eurocopter has chalked up another success in Latin America: The Mexican Ministry of Defense has placed an order for six EC725 helicopters

(PresseBox) ( Mexico City, 09-03-10 )
The medium-lift helicopters will mainly be used for transport and civil security missions.

This new order-the first ever placed with Eurocopter by the Mexican Ministry of Defense-will help reinforce the European helicopter manufacturer's presence in Mexico. The Mexican Naval Ministry already operates Panther helicopters manufactured by Eurocopter, and the EC225 and Super Puma currently serve the Mexican President. Some 350 Eurocopter helicopters are in service in the region, and the Group's market share has progressed steadily to more than 50% today.

Eurocopter has been present in Mexico for more than 25 years. In 1982, the subsidiary Eurocopter de Mexico SA (EMSA) was opened to cover Central America, the Caribbean, Columbia, Venezuela and Ecuador. The main activities of the subsidiary, which now has a staff of 165 employees, are maintenance, aircraft assembly, customization, and technical and logistics support for the Eurocopter fleet in the region. In response to rapid market growth, the Group has become a major provider of training for pilots and technicians in the region through partnership agreements with educational institutions such as the National Polytechnic Institute (IPN), (CONALEP) Mexico's National Technical Professional School and the country's Pilot Training Academy. Another response to this rapid growth has been the development of the Group's industrial activities in Mexico, and talks are currently underway with the Mexican authorities to decide on the location of an industrial plant.

The EC725 is the latest member of the Cougar family. The medium-lift, twin-engine helicopter in the 11-ton class is equipped with five main rotor blades. With its impressive fuel capacity, the EC725 offers flight endurance of 5.5 hours. It can carry up to 29 passengers in addition to the two pilots. The EC725 was designed to perform a wide range of missions, including search and rescue, long-distance transport, emergency medical services and logistics support. Before the current contract was signed, 151 orders for the EC725 and its civil version (the EC225) had already been received from 17 different customers. Its multi-purpose capabilities made it the logical choice of the Mexican Ministry of Defense.