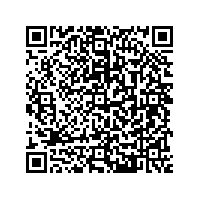 Eurocopter's EC135 Flight Simulator Ready for Use in Germany

Subscribe to news
(PresseBox) ( Donauwörth, 09-03-12 )
Eurocopter is offering its customers around the world the opportunity to use an EC135 flight simulator at its site in Donauwörth (Germany). The flight simulator at the Donauwörth Training Academy serves to train helicopter pilots. It is an additional component of Eurocopter's global training concept, which is based on training solutions that further increase flight safety - a top priority at Eurocopter.

"We have invested in the flight simulator in Donauwörth in order to be able to offer our national and international customers a leading-edge training platform. Simulators increase flight safety, as they provide an ideal training solution that is available irrespective of the weather or the availability of helicopters, and enable very demanding missions to be carried out at no risk," says Dr. Wolfgang Schoder, CEO of Eurocopter Germany.

The fully maneuverable flight simulator features a full motion system with six degrees of freedom. It has a visual-system field of view of 160° horizontal and 80° vertical and can visualize daylight, twilight and night conditions as well as any weather situation. Its mission spectrum includes, for example, rescue operations in high snowy mountains. Landscapes and buildings are displayed realistically in 3D. The simulator was developed by Eurocopter in collaboration with CAE and Indra.

Charles Hebeka, Accountable Manager of the Eurocopter Training Academy, comments: "We have already received bookings for over 400 flight hours." Certification according to JAA FTD Level 3 will begin in April 2009, so that the simulator can be used in JAR FCL 2 training courses. There are also plans to certify it to FFS Level B at a later date.

Eurocopter is consistently expanding its global portfolio of training means, including full-flight simulators, flight-training devices, avionics trainers and computer-based training devices as part of the company's global training strategy, which aims to increase flight safety. Another EC135 simulator at American Eurocopter (AEC) in Dallas (USA) recently obtained its FAA certification whilst AEC has also announced at Heli-Expo Air Show in February 09 an Astar/Ecureuil simulator which will be available in late 2010. An EC225 simulator operated by HeliSim has been in operation near Marseille, France, since late 2008. In 2010, another EC225 simulator will be available for training in Aberdeen, Scotland. In addition, two new simulators will be set up for the EC225/725 helicopter: one in Brazil at the end of 2010 and one in Malaysia in 2011.

It is twelve years since the EC135 made its market debut in mid-1996, and around 800 helicopters of this type have been delivered to date. Its mission spectrum ranges from search and rescue missions and police work to pilot training courses. The EC135's lasting success and its uncontested leading position worldwide among the latest-generation twin-engine light helicopters for police and air rescue services is due to the helicopter's innovative and reliable technology.