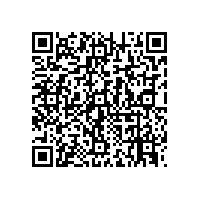 (PresseBox) ( INDIA AVIATION 2008, Hyderabad, 08-10-16 )
Eurocopter, the global leader in helicopter manufacturing, will be showing a strong presence at India Aviation 2008, the first international exhibition of its kind in India on Civil Aviation Sector. This event being organized by the Indian Ministry of Civil Aviation will see Eurocopter presenting its range of commercial helicopters and latest technology.

With a partnership spanning over four decades with India, Eurocopter today has over 480 helicopters in service including the Cheetah/Chetak fleet manufactured by HAL under license from Eurocopter.

Flying high on the international success of its wide range of products, Eurocopter will be showcasing full-scale models and mock-up of its civilian range of reference products like EC 145, EC135 and EC155.

"With plans for flying ambulances, services to tourist destinations and religious places, and proposals to set up heliports in Delhi and Mumbai, the helicopter has a busy time ahead. We believe that the helicopter market in the country has the potential of doubling up in the next few years. As always, we at Eurocopter are set to bring in our expertise to support this significant growth of the Indian helicopter industry by offering end-to-end helicopter services. "

Focus areas in the civil space:

In the civilian sector, Eurocopter currently has a fleet of 64 helicopters flying in India, representing a market share of 40 percent. Eurocopter commands over 50 percent market share of the oil & gas sector. Other segments where the company holds a key position are charter and tourism services, state and government transport as well as the VIP/corporate operations where Eurocopter's clientele includes leading groups like Reliance, Jindals, Kingfisher and Sahara.

The future of the helicopter industry in India looks very promising. Rapidly growing economy, increasing reliance on air transportation and diversified terrain are all pushing the Indian helicopter market to develop at a fast pace.

Eurocopter expects the commercial sector around corporate and VIP transport to grow rapidly. Second area of visible growth in India will be the oil & gas industry, in order to support exploration and development of new sources, which will create a need for longer-range helicopters like the EC155 or the EC225. The use of helicopters for the Indian Police is another area that has remained primarily untapped in India as against global trends. The field of Emergency Medical Services (EMS), as operated by helicopters, will also emerge in a rather short time span.

A relationship beyond commerce:

Over the four-decade of successful partnership with India, Eurocopter's relationship with India has transcended the realm of product sales. It has helped create a highly skilled technical workforce of over 2,000 people. Also, recognizing the increasing need for having qualified helicopter pilots, the company is actively supporting the Indian government in setting up state-of-the-art helicopter pilot's training facilities. This close cooperation has also helped Eurocopter in supporting the development of local ancillary industry.

Eurocopter's association with India has spanned the entire spectrum of helicopter services ranging from manufacturing to operations, maintenance and product support. As expressed by Mr. Norbert Ducrot, "Through our holistic approach to partnership (end-to-end service provider) we hope to continue partnering the Indian aerospace industry in its pursuit of excellence."