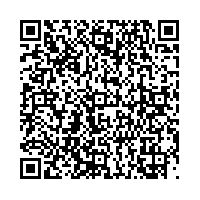 The world's no.1 helicopter manufacturer affirms its leading position in the civil and parapublic markets in China

(PresseBox) ( Zhuhai, 08-11-04 )
Eurocopter and its subsidiary in China sign for 10 EC155 B1s with Citic Offshore Helicopter (COHC), the main offshore operator and 5 AS350B3s with Allyway to be employed for aerial works and utility missions.

COHC is one of Eurocopter's long-standing customers in China and this deal for 10 EC155 B1s shows proof of its continued confidence in the company's products The additional fleet of Dauphins will further strengthen COHC's fleet which already includes 22 Eurocopter helicopters - 5 AS 365 Dauphins, 5 EC 155 B and B1s, 10 AS 332 L1 Super Pumas and 2 EC225s.

To be delivered from end 2009, COHC will possess in time 15 EC155 Dauphin helicopters. Since 2001, the EC155 has well established itself in the global Oil and Gas market - 30% of the EC155 fleet in the world today is used for offshore transport missions.

The second sale of 5 AS350 B3 Ecureuils to Allyway marks the launch of this model in China as well as the beginnings of Eurocopter helicopters in the domain of power-line and pipe-line surveillance, a potential market in the country due to its extensive territory and network of pipe-lines which in currently being developed.

To be delivered over the next 2 years, the AS350 B3 helicopters will subsequently be leased to various Chinese operators , the first being Citic General Aviation Co. Ltd (CGAC).

In addition to offshore and public utility missions, Eurocopter is strongly promoting its helicopters for homeland security as well as Search and Rescue operations in China. Indeed, local authorities have started operating the Group's helicopters in this respect since last year.

On one hand, there is the example of the 2 EC135 light twin helicopters ordered by the Shanghai Public Security Bureau in 2007 and destined for police missions such as air patrol, air reconnaissance and the pursuit of criminals.

On the other hand, the EC225 helicopters delivered to the Chinese Ministry of Transport (MOT) at end 2007 and the Super Puma AS332 helicopters from Government Flying Service (GFS) in S.A.R Hong Kong, have equally proven their worth in the recent relief operations after the earthquake in Sichuan. Over 100 people who were trapped in mountainous area, steep and deep valleys located at an average altitude of 6000 ft were rescued successfully.

All the above shows that the Chinese operators and authorities are convinced by the technological capabilities of Euocopter helicopters. At the same time, there is also an obvious recognition of the need for civil and parapublic helicopters in a country prone to natural disasters due to its vast and varied geographical terrain.

Present for more than 40 years in China, Eurocopter reinforced its footprint in the country with the creation of Eurocopter China in Shanghai 2 years ago, in addition to its representative office in Beijing.

To date, Eurocopter has sold more than 400 helicopters (including those manufactured under licensed production) and has a market share of 40% in the civil and parapublic market in the country.

At this year's Airshow China in Zhuhai, each of the following helicopter models is displayed in the respective colours of its customer at Eurocopter's /EADS stand in Hall C Stand no.1C1/1 - EC155 B1 COHC for offshore, AS350 B3 CGAC for utility, EC135 Shanghai Public Security Bureau for police surveillance and EC225 MOT for Search and Rescue operations.