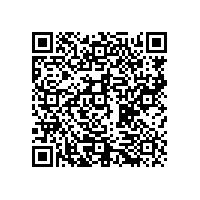 Pierre Francotte, Chief Executive Officer of Euroclear SA/NV, the parent company of all Euroclear group international and national CSDs, said: "We have an excellent programme of management evolution at Euroclear whereby executives at various levels are encouraged to take on new internal assignments and roles during their Euroclear career. Valérie and Pierre are good examples of how senior Euroclear executives leverage their business experience and share new ideas within the organisation. This enriches their personal professional growth, while challenging the way we conduct our day-to-day business. We gratefully acknowledge the contributions they have made in their current functions and look to the future with confidence as they transition into their new roles."

Valérie Urbain joined Euroclear's Commercial Division in 1992 to cover clients in France, Israel, Portugal and Spain after which her responsibility expanded to include more teams of relationship managers covering more markets. Ms. Urbain then moved to Network Management before heading up the Product Management team at what is now Euroclear UK & Ireland (EUI) and becoming a member of EUI's Executive Committee. Ms. Urbain was promoted to Managing Director, head of Human Resources for the Euroclear group and a member of the Euroclear Group Management Team in 2005.

Pierre Slechten joined Euroclear in 1985 in the New Issues department and took on increased managerial responsibilities within various operational departments over the years to become Managing Director and head of the Custody and Information Services Division and a member of the Euroclear Group Management Team in 1996.

He also spent four years as head of the Product Management Division until 2006, when he was appointed Chief Executive Officer of Euroclear France. In February 2009, Mr. Slechten became the first Chief Executive Officer of the Belgian, Dutch and French CSDs, which are currently served by a single transaction-processing platform known as ESES (Euroclear Settlement of Euronext-zone Securities).

The 'ESES Coordination College', comprising a cross-section of local CSD management team members, which assesses cross-market issues and coordinates decision-making by each local management team, will be chaired by Valérie Urbain.

In January 2009, Euroclear successfully launched the final phase of the ESES (Euroclear Settlement of Euronext-zone Securities) platform. This signifies the first time that market participants in three EU markets (Belgium, France and the Netherlands) can process all fixed-income, equity and other domestic securities transactions using the same platform. Clients no longer need to pay substantially more to settle cross-border transactions between counterparties in the three markets as they now function operationally as one. As a result, Euroclear is eliminating in the ESES markets the complexities, risks and excess costs of cross-border transactions as identified by the Giovannini Group, the European Commission and many others in the public and private sectors.