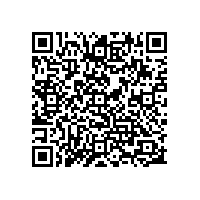 Subscribe to news
(PresseBox) ( London/United Kingdom, 09-08-14 )
euNetworks Group Limited, (SGX: H23.SI), a foremost provider of mission-critical, high-performance networking solutions in Europe, has reported a 32% improvement in revenue to €14.3 million for the six months ended 30 June 2009 ("1H09"), compared to €10.8 million achieved in the same period a year ago ("1H08"). Driving this growth in revenue was the signing of 93 new recurring revenue contracts worth over €9 million, together with the addition of 24 new customer contracts, the bulk of these coming from the financial services and trading sectors.

Noel Meaney, Executive Chairman, commented, "We had a very encouraging half-year, with a sizeable number of new customers secured and a strong mandate from existing customers in the form of additional new contracts. We also achieved a number of noteworthy milestones which should position us well to capitalise on opportunities in the future."

Along with the increased revenue, the Group also achieved a significant improvement in gross margin to 45% in 1H09, compared to 40% in 1H08.

In the second quarter of 2009 ("2Q09"), the Group successfully completed a fund raising exercise, which consequently enabled it to buy back some €43.8 million worth of Convertible Bonds. These bonds were re-purchased at a discount to the face value, and thus resulted in an exceptional gain of €6.96 million. Taking into consideration this non-recurring gain, the Group reported a net profit of €2.0 million for 1H09, compared to a net loss of €6.2 million for the corresponding period in 2008 ("1H08").

In March 2009, euNetworks' Chairman & CEO, Noel Meaney announced his decision to relinquish his position as CEO, and concentrate on his role as Executive Chairman with primary responsibility for strategic corporate development. In line with this, the Group appointed Brady Rafuse, former President & CEO of European Operations for Level 3, as its CEO. With more than 20 years of experience in the telecoms industry, and the Group believes that Mr Rafuse's wealth of knowledge and experience will serve to lead euNetworks' growth in 2009 and beyond.

In April 2009, the Group successfully raised S$92 million from a share subscription and a Rights Issue which was 15.3% over-subscribed. This was a resounding vote of confidence for euNetworks given the challenging economic environment at that point in time. The Group has since utilized S$60.1 million of the proceeds to repay 100% of convertible bond due for repayment in 2011, and redeem €14.5 million of its 2012 bond, thus reducing the principal amount of convertible bonds from €61.3 million to €17.5 million.

In conjunction with this Rights Issue, the Group also welcomed on board a new substantial shareholder, EUN Partners V, LLC, a wholly-owned subsidiary of Columbia Capital V, LLC. With the support of Columbia Capital, as well as its other key shareholders, euNetworks is confident that it is now strategically positioned to grow and maximise its valuable network infrastructure.

For the rest of the year, the Group expects macroeconomic conditions to remain challenging for the telecommunications sector in Europe, as budget constraints in both enterprise and wholesale markets are expected to drive spending patterns below historic levels. Along with this, price compression will also continue to be high as competitors vie for smaller market opportunities.

This also represents positive opportunities for euNetworks as potential customers tend to postpone building their own network infrastructure in these conditions and instead seek managed bandwidth solutions of the type in which euNetworks specialises.

Brady Rafuse, CEO of euNetworks said, "Enterprise customers who consume large bandwidth are now looking for greater control over their network infrastructure, focussing on optimising network costs and finding more cost effective solutions to solve their network and business challenges. This change in purchasing behaviour presents a significant opportunity for us to become an alternative provider to incumbent carriers."

euNetworks is Europe's foremost provider of mission critical, high performance networking solutions. Our €1bn all-optical network delivers a new level of freedom and performance. We exclusively offer high-performance networking and specialise in solutions for high performance businesses in the Finance and Media sectors, and Carriers / Service Provider markets. We own 15 metropolitan networks throughout Europe, connected with a fully owned, high-capacity backbone. Because we own the network, we deliver superior performance that we contractually guarantee. Our Carrier Grade services are massively scalable and delivered on-demand, in days not weeks.

euNetworks Group Limited is headquartered in London and publicly listed on the Singapore stock exchange (SGX: H23.SI). euNetworks is initiator and a member of euro-one, a unique collaboration of fibre optic network providers to deliver infrastructure and next generation networking solutions connecting Eastern, Central, Western Europe and North America (www.euro-one.com).