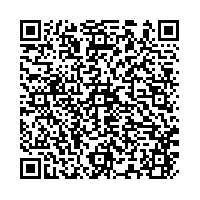 Subscribe to news
(PresseBox) ( Darmstadt, 14-07-07 )
The Council approved two contracts for the stations of the Meteosat Third Generation (MTG) ground segment. The MTG system is currently under development to ensure continuity of observations from the geostationary orbit in the 2019-2040 timeframe.

The Mission Data Acquisition Facility (MDAF) will acquire the mission data from all MTG satellites, while the Telemetry, Tracking and Commanding (TT&C) facility will be used to monitor and safely control the satellites in orbit.

The Council also finalised the Programme Proposal for the EUMETSAT Polar System Second Generation (EPS-SG), thus initiating the approval process of the programme by Member States with the expectation that it can be completed by end of 2014. The Council also approved cooperation agreements with ESA, CNES, DLR and NOAA, as required to implement the programme.

EPS-SG is the mandatory programme required to deliver, between 2021-2042, polar orbit observations that are vital to operational weather forecasting up to 10 days ahead and for environment and climate monitoring.

EUMETSAT operates the geostationary satellites Meteosat-8, -9 and -10 over Europe and Africa, and Meteosat-7 over the Indian Ocean.