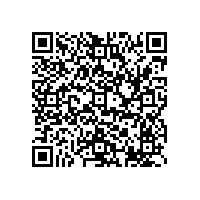 Keeping an eye on the oceans with OceanObs'09

Subscribe to news
(PresseBox) ( Darmstadt, 09-09-18 )
In the last ten years, scientists have set up a global observing system to monitor the world's oceans. The observation system works by combining satellite observations with data from in-water recording devices such as buoys, tide gauges and an array of more than 3000 Argo robots.

Now the initial system is up and running, scientists are meeting next week at OceanObs'09 in Venice (21-25 September) to see how they can expand the system and, perhaps most importantly, secure it for the long term.

OceanObs '09 is organized by UNESCO's Intergovernmental Oceanographic Commission and the European Space Agency (ESA) and will be attended by EUMETSAT and over 580 participants from 36 countries.

EUMETSAT's role in ocean observations is to establish, maintain and use European systems of operational meteorological satellites, contribute to the operational monitoring of the climate and the oceans - for instance monitoring sea level rise with the Jason 2 altimetry satellite - and establish new ocean-monitoring missions, such as Jason 3.

So how does the ocean observing system operate?

In the water, recording devices such as tide gauges, mooring buoys, and drifting buoys, monitor aspects of the sea such as tides, water temperature, and currents. Over the last 10 years, scientists have also dropped more than 3000 Argo robots into the sea, and these robots are now methodically rising and falling around the world's oceans recording temperature and salinity profiles, and transmitting this data via satellite back to scientists every ten days. The Argo robots are also joined by pilot-less ocean gliders which bristle with recording instruments and soar and glide through the oceans - sometimes down to depths of 6 km - collecting data.

Joining the gliders, scientists have also sporadically enlisted the help of marine animals, such as elephant seals, by attaching miniature data loggers to record the temperature, salinity and depth conditions they experience on their daily travels. And even ships and ferries are playing a part in monitoring the ocean, as boats on regular passage around the world tow plankton recorders or pipe-in water to sophisticated on-board FerryBox systems, which are like mini oceanographic laboratories.

All this data from the in-water samplers - so called in situ data - provides the detail on conditions in specific locations, but for the big picture of what is happening in the oceans, scientists are relying on satellites. One of the key tools in understanding issues such as global sea level rise is the Jason 2 satellite, operated by EUMETSAT, whose onboard altimeter scans the world's oceans, recording global sea level to the nearest cm. When this information is combined with information from satellite-based gravity measurements, tide gauges, Argo floats and other devices, it gives scientists the ability to precisely monitor global sea levels. Satellites are also monitoring a host of other ocean variables - from sea surface temperature, to wind, ocean colour and sea ice cover.

One of the most important features of any ocean observing system is that it must be a long-term system if changes are to be understood in the right context. As an example, satellite monitoring of sea levels began in 1992 with the launch of the TOPEX/Poseidon satellite, which was followed by Jason 1 (2001), Envisat (2002) and more recently Jason 2 (2008), which will be joined in 2012 by Sentinel-3, another satellite carrying altimetry equipment.

Dr Hans Bonekamp, Ocean Mission Scientist at EUMETSAT said: "The long-term datasets on sea levels that the satellite altimeters are collecting are enabling scientists to establish how sea levels have changed in the last two decades and understand the effects of global warming at regional and global levels."

Making sure the existing ocean observation system, both satellite and in situ data, is sustainable in the long-term is one of the key aims of Oceanobs'09, where the ocean observing community will take stock of progress to date and map out the priorities for the next decade - a task that is unlikely to be easy in the current financial climate.

But the benefits that an operational ocean observing system will bring, are an extremely strong justification: the system is already providing data for the International Panel on Climate Change assessments, and it will also provide better data for maritime security, oil spill prevention, management of marine resources, marine meteorology, seasonal and long term weather forecasting, coastal activities, and monitoring of water quality.

Information meeting for the media

On Monday 21 September, media representatives will have the opportunity to attend an in-depth briefing for the press at the conference venue at 13.15 (local time).

Scientists from contributing institutions, as well as other experts, will be available for individual interviews and will give an insight into the future of ocean observation and its scientific objectives.

Recommend Keeping an eye on the oceans with OceanObs'09 press release