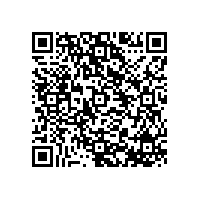 EUMETSAT, the European Organisation for the Exploitation of Meteorological Satellites, on 20 July signed a Framework Agreement with the European Space Agency (ESA) on the Global Monitoring for Environment and Security (GMES) programme

(PresseBox) ( Darmstadt, 09-07-21 )
The agreement, which was signed by the EUMETSAT Director-General, Dr. Lars Prahm, and the Director-General of ESA, Jean-Jacques Dordain, will pave the way for further detailed implementing arrangements between both organisations for cooperation on GMES Sentinels (Sentinels-3, -4 and -5).

The GMES Framework Agreement sets out the roles and responsibilities of EUMETSAT and ESA in their cooperation on the GMES Space Component (GSC). Under the agreement, ESA will be responsible for the procurement of the GMES Sentinel missions, the overall coordination of the GSC and for the interface between the GSC and GMES Services. EUMETSAT will be responsible for the contribution of its mission data, products and services to GMES, in accordance with the EUMETSAT Data Policy, and for establishing the mission requirements as well as contributing to the development of the GMES Sentinel missions that EUMETSAT will operate.

At its last meeting, the EUMETSAT Council also adopted a draft programme proposal on the GMES Sentinel-3 Programme under the responsibility of ESA. EUMETSAT will be the operator of Sentinel-3, serving the marine user community with near-real-time and off-line products.

EUMETSAT is operating the geostationary satellites Meteosat-8 and -9 over Europe and Africa, and Meteosat-6 and -7 over the Indian Ocean.

The data and products from EUMETSAT’s satellites make a significant contribution to weather forecasting and to the monitoring of the global climate.