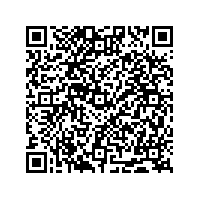 Antitrust process update for the proposed combination between Essilor and Luxottica

Subscribe to news
(PresseBox) ( Charenton-le-Pont, France/Milan, Italy, 17-07-25 )
The proposed combination between Essilor (Euronext Paris: EI) and Luxottica (MTA: LUX) continues to progress, with the antitrust process advancing in all jurisdictions.

Essilor and Luxottica have jointly filed with the antitrust authorities in three of the five jurisdictions whose approvals are a condition precedent to the closing of the transaction, namely the U.S., Canada and Brazil.

In the U.S. and Canada, the investigation has entered the phase of a secondary request, as expected for such a sizeable deal.

In China, the fourth jurisdiction for which approval is a condition precedent, the proposed transaction is under MOFCOM’s review and notification acceptance is expected shortly.

In Europe, the fifth jurisdiction for which approval is a condition precedent, the two companies are conducting an open and constructive dialogue with the Commission in the context of the pre-notification phase and expect to be able to formally notify the transaction in the coming weeks.

The two companies’ shared objective in cooperation with the relevant authorities is to close the antitrust process around the end of the year.

As announced on January 16, 2017, Essilor and Delfin, the majority shareholder of Luxottica Group, signed an agreement designed to create an integrated global player in the eyewear industry with the combination of Essilor and Luxottica.

Luxottica is a leader in the design, manufacture and distribution of fashion, luxury and sports eyewear. Its portfolio includes proprietary brands such as Ray-Ban, Oakley, Vogue Eyewear, Persol, Oliver Peoples and Alain Mikli, as well as licensed brands including Giorgio Armani, Burberry, Bulgari, Chanel, Coach, Dolce&Gabbana, Ferrari, Michael Kors, Prada, Ralph Lauren, Tiffany & Co., Valentino and Versace. The Group’s global wholesale distribution network covers more than 150 countries and is complemented by an extensive retail network of approximately 8,000 stores, with LensCrafters and Pearle Vision in North America, OPSM and LensCrafters in Asia-Pacific, GMO in Latin America, Salmoiraghi & Viganò in Italy and Sunglass Hut worldwide. In 2016, with more than 80,000 employees, Luxottica posted net sales of over Euro 9 billion. Additional information on the Group is available at www.luxottica.com.

This press release is only being distributed to and is only directed at (i) persons who are outside the United Kingdom or (ii) investment professionals falling within Article 19(5) of the Financial Services and Markets Act 2000 (Financial Promotion) Order 2005 (the “Order”) or (iii) high net worth companies, and other persons to whom it may lawfully be communicated, falling within Article 49(2)(a) to (d) of the Order (all such persons together being referred to as “relevant persons”). The securities which are referred to herein are only available to, and any invitation, offer or agreement to subscribe, purchase or otherwise acquire such securities will be engaged in only with, relevant persons. Any person who is not a relevant person should not act or rely on this document or any of its contents.

The world's leading ophthalmic optics company, Essilor designs, manufactures and markets a wide range of lenses to improve and protect eyesight. Its mission is to improve lives by improving sight. To support this mission, Essilor allocates more than €200 million to research and innovation every year, in a commitment to continuously bring new, more effective products to market. Its flagship brands are Varilux®, Crizal®, Transitions®, EyezenTM, Xperio®, Foster Grant®, BolonTM and Costa®. It also develops and markets equipment, instruments and services for eyecare professionals.

Essilor reported consolidated revenue of more than €7.1 billion in 2016 and employs approximately 64,000 people worldwide. It markets its products in more than 100 countries and has 33 plants, 490 prescription laboratories and edging facilities, as well as 5 research and development centers around the world (as of December 31, 2016). For more information, please visit www.essilor.com.

The Essilor share trades on the Euronext Paris market and is included in the Euro Stoxx 50 and CAC 40 indices.