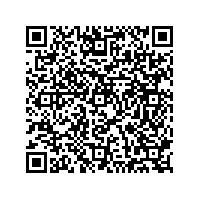 (PresseBox) ( Garching bei München, 08-05-02 )
Cerro Paranal, home of ESO's Very Large Telescope, is certainly one of the best astronomical sites on the planet. Stunning images, obtained by ESO staff at Paranal, of the green and blue flashes, as well as of the so-called 'Gegenschein', are real cases in point.

The Earth's atmosphere is a gigantic prism that disperses sunlight. In the most ideal atmospheric conditions, such as those found regularly above Cerro Paranal, this will lead to the appearance of so-called green and blue flashes at sunset. The phenomenon is so popular on the site that it is now the tradition for the Paranal staff to gather daily on the telescope platform to observe the sunset and its possible green flash before starting their long night of observations.

The green and blue flashes are fleeting events that require an unobstructed view of the setting Sun, and a very stable atmosphere. These conditions are very often met at Paranal, a 2635m high mountain in the Chilean Atacama Desert, where the sky is cloudless more than 300 days a year. Paranal is home of ESO's Very Large Telescope, an ensemble of four 8.2-m telescopes and four 1.8-m Auxiliary Telescopes that together form the world's most advanced optical telescope.

ESO staff Stéphane Guisard has been chasing green flashes for many years and has been able to capture them on many occasions. The picture shown above is one of many examples from his collection. "The most challenging is to capture the green flash while still seeing the rest of the Sun with all its colours," says Guisard. His colleague Guillaume Blanchard was even luckier. On Christmas Eve, as he was one of the few to follow the tradition of looking at the sunset, he had the chance to immortalise a blue flash using his hobby telescope.

ESO astronomer Yuri Beletsky also likes to take photographs from Paranal, but he prefers the night views. This allows him to make use of the unique conditions above the site to make stunning images. On some of these, he has captured other extremely interesting effects related to the Sun: the so-called Zodiacal light and the 'Gegenschein'.

Both the Zodiacal light and the Gegenschein (which is German for "counter shine") are due to reflected sunlight by interplanetary dust. These are so faint that they are only visible in places free from light pollution.

Each of the small particles of dust, left over from comets and asteroids, acts as a small Moon reflecting the light coming from our host star. "If you could see the individual dust particles then you would see the ones in the middle of the Gegenschein looking like very tiny full moons, while the ones hidden in the faint part of the dust band would look like tiny crescent moons," explains ESO astronomer Colin Snodgrass. "But even the VLT cannot see such tiny individual dust particles out in space. Instead we see the combined effect, in photos like these, of millions of tiny dust particles reflecting light back to us from the Sun."