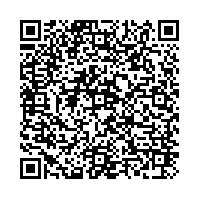 Dazzling Spiral with an Active Heart

This picturesque spiral galaxy appears to be tranquil, but there is more to it than meets the eye. Messier 77 (also known as NGC 1068) is one of the closest active galaxies, which are some of the most energetic and spectacular objects in the Universe. Their nuclei are often bright enough to outshine the whole of the rest of the galaxy. Active galaxies are among the brightest objects in the Universe and emit light at most, if not all, wavelengths, from gamma rays and X-rays all the way to microwaves and radiowaves. Messier 77 is further classified as a Type II Seyfert galaxy, characterised by being particularly bright at infrared wavelengths.

This impressive luminosity is caused by intense radiation blasting out from a central engine — the accretion disc surrounding a supermassive black hole. Material that falls towards the black hole is compressed and heated up to incredible temperatures, causing it to radiate a tremendous amount of energy. This accretion disc is thought to be enshrouded by thick doughnut-shaped structure of gas and dust, called a “torus”. Observations of Messier 77 back in 2003 were the first to resolve such a structure using the powerful VLT Interferometer (eso0319).

This image of Messier 77 was taken in four different wavelength bands represented by blue, red, violet and pink (hydrogen-alpha) colours. Each wavelength brings out a different quality: for example, the pinkish hydrogen-alpha highlights the hotter and younger stars forming in the spiral arms, while in red are the fine, thread-like filamentary structures in the gas surrounding Messier 77 [1]. A foreground Milky Way star is also seen beside the galaxy centre, displaying tell-tale diffraction spikes. Additionally, many more distant galaxies are visible; sitting at the outskirts of the spiral arms, they appear tiny and delicate compared to the colossal active galaxy .

Located 47 million light-years away in the constellation of Cetus (The Sea Monster), Messier 77 is one of the most remote galaxies of the Messier catalogue. Initially, Messier believed that the highly luminous object he saw through his telescope was a cluster of stars, but as technology progressed its true status as a galaxy was realised. At approximately 100 000 light-years across, Messier 77 is also one of largest galaxies in the Messier catalogue — so massive that its gravity causes other nearby galaxies to twist and become warped (eso1707) [2].

This image was obtained using the FOcal Reducer and low dispersion Spectrograph 2 (FORS2) instrument mounted on Unit Telescope 1 (Antu) of the VLT, located at ESO’s Paranal Observatory in Chile. It hails from ESO’s Cosmic Gems programme, an outreach initiative that produces images of interesting, intriguing or visually attractive objects using ESO telescopes for the purposes of education and outreach.

[1] Similar red filaments are also found in NGC 1275. They are cool, despite being surrounded by a very hot gas at around 50 million degrees Celsius. The filaments are suspended in a magnetic field which maintains their structure and demonstrates how energy from the central black hole is transferred to the surrounding gas.

[2] NGC 1055 is located about 60 million light-years away. It is an edge-on galaxy, in contrast to Messier 77. This Astronomy Picture of the Day portrays both of them together, in a field of view about the size of the Moon (APOD).

ESO is the foremost intergovernmental astronomy organisation in Europe and the world's most productive ground-based astronomical observatory by far. It is supported by 16 countries: Austria, Belgium, Brazil, the Czech Republic, Denmark, France, Finland, Germany, Italy, the Netherlands, Poland, Portugal, Spain, Sweden, Switzerland and the United Kingdom, along with the host state of Chile. ESO carries out an ambitious programme focused on the design, construction and operation of powerful ground-based observing facilities enabling astronomers to make important scientific discoveries. ESO also plays a leading role in promoting and organising cooperation in astronomical research. ESO operates three unique world-class observing sites in Chile: La Silla, Paranal and Chajnantor. At Paranal, ESO operates the Very Large Telescope and its world-leading Very Large Telescope Interferometer as well as two survey telescopes, VISTA working in the infrared and the visible-light VLT Survey Telescope. ESO is also a major partner in two facilities on Chajnantor, APEX and ALMA, the largest astronomical project in existence. And on Cerro Armazones, close to Paranal, ESO is building the 39-metre Extremely Large Telescope, the ELT, which will become "the world's biggest eye on the sky".