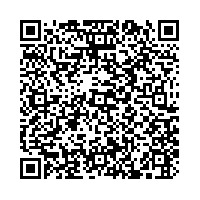 Subscribe to news
(PresseBox) ( Berlin, 13-05-14 )
.
- Awards ceremony part of the ESMT Annual Forum on June 13, 2013
- President of the European Central Bank is the fourth recipient of the ESMT Responsible Leadership Award

ESMT European School of Management and Technology will confer this year's ESMT Responsible Leadership Award to the president of the European Central Bank Mario Draghi. The international business school will present the award at the ESMT Annual Forum on June 13, 2013 in Berlin. Past recipients include the co-founder and chairman emeritus of Infosys Technologies N.R. Narayana Murthy; Güler Sabancı, chairman and managing director of Turkey's Sabancı Holding; and Mario Monti, the former prime minister of Italy.

"It is a great honor to receive this award. For the European Central Bank, its price stability mandate was, is, and will continue to be its first priority. Especially in times of challenge such as we are currently experiencing in Europe, it is important to always remain aware of the great responsibility leaders carry for citizens and states," said Mario Draghi.

Jörg Rocholl, president of ESMT, explained, "In his prominent position, Mario Draghi takes on a great responsibility for Europe. We are therefore proud to distinguish him with the ESMT Responsible Leadership Award this year."

Before Mario Draghi was named president of the European Central Bank (ECB) in November 2011, he was governor of the Bank of Italy and chairman of the Financial Stability Board for almost six years. The former vice president and managing director at Goldman Sachs International is currently chairman of the European Systemic Risk Board, an honorary trustee of the Brookings Institution, a member of the Group of Thirty, and a member of the board of trustees of the Princeton Institute for Advanced Study.

The 6th ESMT Annual Forum "The Future of Jobs" is being held on June 13, 2013 in Berlin. At this annual event ESMT gives opinion leaders from business, politics, and academia a platform for discussion. In keynote speeches, panel discussions, and smaller sessions CEOs of leading global companies and renowned academics will debate the impact of migration on the jobs of the future, the demands of a diverse workforce, the lack of competitiveness in a number of European countries, and the role entrepreneurship plays in shaping companies and careers.

ESMT European School of Management and Technology was founded in October 2002 by 25 leading global companies and institutions. The international business school offers a full-time MBA, an executive MBA, and open enrollment and customized executive education programs. ESMT focuses on three main topics: leadership and social responsibility, European competitiveness, and the management of technology. Additionally the business school provides an interdisciplinary platform for discourse between politics, business, and academia. ESMT is based in Berlin, Germany, with an additional campus in Schloss Gracht near Cologne, where USW Netzwerk runs the German-speaking executive education programs of the business school. ESMT is a private business school, accredited by the German state, AACSB, AMBA, and FIBAA. www.esmt.org