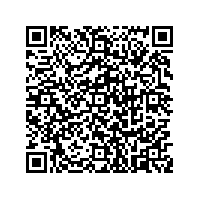 At the EGM, shareholders voted in favour of the creation of the additional capital necessary to complete the all-share acquisition.

Esmertec shareholders also approved changing the company's name to Myriad Group AG, to reflect the new dimension of the combined business. The new company holds the widest and most market-proven portfolio of mobile software in the world.

The Board of Directors of Myriad, chaired by Hans Peter Baumgartner, has been strengthened by the election of three additional members: Roland Manger, Loek van den Boog and Simon Wilkinson.

The Executive Management Team is:

Closing of the transaction is scheduled for the upcoming weeks.

Details of the EGM, as well as the biography of the members of the Board of Directors and the Executive Management Team, are available on the new Myriad website (http://www.myriadgroup.com).

With its broad portfolio of products and services, Myriad is a valued partner for phone manufacturers and mobile network operators that aim to create innovative user experiences for the mass market.