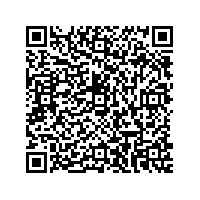 Subscribe to news
(PresseBox) ( Dübendorf-Zurich, Schwitzerland, 08-09-25 )
EsmertecTM (SWX: ESMN), a leading provider of software platforms, applications and services to communications device manufacturers and mobile telecom operators, announced today its financial results for the first six months ended June 30, 2008. During that period, Esmertec achieved significant steps towards profitability by reporting a positive EBITA for the first time in the company's history (USD 0.1m in H1 2008 compared to USD -1.7m in H1 2007), followed by a strong improvement of the EBIT level by 41% at USD -2.6m in H1 2008 (was USD -4.3m in H1 2007).

Thomas Hornung, CEO of Esmertec said: "During the first semester of 2008, we have successfully managed two strategic projects in parallel: we have continued to improve our operational efficiency, reflected by a decrease of our operating costs, and we have strengthened our product portfolio, thus creating the platform for continued profitable growth. The strong commercial pipeline for the second semester gives us confidence in our capability to accelerate the growth of our revenue and reach operational profitability (EBIT) for the full year 2008".

In the Mobile Operator segment, the revenue reached a record USD 8.5m in H1 2008, +31% compared to H1 2007. The revenue increase was derived from the success of our services that drives our existing customer base to request additional platform capacity licenses. We also deployed our services with 2 additional operators during the second quarter, totalling 26 mobile operators in key regions such as Europe, Africa, Middle East and Latin America.

In the Mobile & Multimedia Devices segment, we strengthened our leading position and became the number one worldwide independent Java engine provider. The revenue totalled USD 9.0m (-14% compared to H1 2007) affected by the limited growth of the mobile phone market in combination with a longer decision-cycle for the renewal of some contracts.

Esmertec Group has generated revenue of USD 17.5m for H1 2008 (+3% compared to H1 2007). The gross margin represents 54% of the total revenue, reflecting a normal pressure on license price per unit, in both segments. In the Mobile & Multimedia Devices segment, the gross profit was negatively affected by an increase of shipments by customers that license the Sun Microsystems' JavaME technology through Esmertec, which leads to a higher cost of licenses for Esmertec.

Following the introduction of a new organization in January 2008, total operating expenses excluding bad debt expense, amortization of intangible assets, impairment of intangible assets, other income and expenses and capitalized development costs were reduced from USD 13.6m in H1 2007 down to USD 13.2m in H2 2008. The impact of currency exchange rates ratio USD/EUR and USD/CHF compared to H1 2007 had an unfavourable impact of approximately USD 1.3m. This currency impact partially hides our efforts to reduce our operating expenses. For example, a significant effort has been made on the general & administrative expenses, which reduced by USD 1.2m, -26% in comparison to H1 2007.

Net loss attributable to equity holders of Esmertec AG for the six month period ended June 30, 2008 is USD -5.0 million (USD 0.25 per share) compared to USD -4.7 million (USD 0.28 per share) for the same period in 2007. This result is due to higher interest expenses related to a bridge loan that was converted into ordinary shares before end of H1 2008.

Over the period, Esmertec further improved its balance sheet structure by reducing the debt position while increasing shareholder's equity. As a consequence, equity ratio increased from 54% as per end of 2007 up to 61% as per June 30, 2008.

During the second semester 2008, we will continue our efforts to improve Esmertec's operational efficiency as well as to diversify and strengthen revenue growth opportunities, leveraging established customer footprint and technology expertise within the mobile industry.

In the Mobile Operator segment, we will continue to expand our worldwide customer base, further accelerating our efforts, especially in developing markets.

In the Mobile & Multimedia Devices segment, we will see a positive development both on the revenue and gross profit margin sides, driven by several contracts currently in the commercial pipeline. Moreover, the diversification of the products and services portfolio initiated for example through our engagement within the Google-driven Open Handset Alliance, will create favourable conditions for the development of our business during H2 2008 and beyond.

With the acquisition of Sagem Mobiles software platform activities we will significantly strengthen our Mobile & Multimedia Devices activities, doubling our revenue of this segment in 2009. We expect that the Sagem Mobiles transaction will result in additional revenue growth in 2009 for Esmertec Group of 45%, over and above the underlying growth in our both business segments. This acquisition will strongly support Esmertec's future, increasing overall profitability and cash position

After 6 years at Esmertec, Sylvie Vollet, General Counsel, has decided to step out around year-end, after she completes a smooth handover. The company thanks her for her great contribution, having successfully established Esmertec's legal and human resources corporate framework and being instrumental in the IPO, the set up of Esmertec China, acquisitions and international contracts with Esmertec tier one customer base.

Esmertec is a leading provider of Java(TM) in-device engines and mobile services platforms. The company's high-performance solutions enable consumers to easily discover and access content and services on any mobile phone. Esmertec's customer database has grown to more than 90 customers, including mobile operators and manufacturers of mobile handsets, set-top boxes and interactive televisions. Its in-device engines power 1 out of 10 new phones (shipped in more than 260 million devices) and its USSD mobile services platforms serves more than 146 million mobile subscribers world-wide.

Esmertec is a founding member of the Google initiated Open Handset Alliance, delivering customized solutions for Android, the mobile platform.

Founded in 1999, Esmertec is headquartered in Zurich-Switzerland with subsidiaries in China, France, South Korea, and the USA, and offices in Taiwan and the UK. Since 2005, Esmertec is listed on the SWX Swiss Exchange (ESMN).
www.esmertec.com

Esmertec and Jbed are trademarks of Esmertec AG.
Java is a trademark of Sun Microsystems Inc. Other company, product and service names may be trademarks of their respective owners