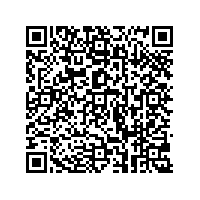 
Commenting on the first-quarter results, Alain de Rouvray, Chairman and Chief Executive Officer of ESI Group, said: "First-quarter revenue figures, which are not generally much of an indicator for the rest of the year, came out stable, reflecting growth in recurring revenue from the installed base and a cyclical downturn in Services. The relative stability of the revenues must be viewed in the context of the challenging base effect due to exceptional performance of Japan in Q1 2016.

In accordance with Group strategy, operational efforts are currently focused on harnessing our sales and marketing resources to drive our disruptive "PPL" (Product Performance Lifecycle) approach and its Hybrid Twin concept, drawing upon recently-acquired technologies. This consolidation and transformation phase, which will impact the first half, will contribute to the mid and long-term value, by addressing the growing number of opportunities arising from the transition to the Smart Factory and democratization of Virtual Prototyping solutions."

There was a positive currency effect of €0.7 million during the period, mostly related to the appreciation of the Yen and the US dollar against the Euro. The product mix shifted towards Licenses which contributed 73.4% of total sales, compared with 71.3% in Q1 2016.

Licenses: continued growth of the installed base

Revenue from Licensing activity amounted to €20.1 million, up 2.7% on Q1 2017 and stable at constant exchange rates. This figure was impacted by a challenging prior-period comparable which included 14.3% growth in Q1 2016.

The installed base remained strong and grew by 5.8%, driven by a very high repeat business rate of 86.7%.

New Business was down by 20.1% due to the very challenging base effect which included exceptional growth of 43.5% in Q1 2016.

Revenue from Services activity dropped 7.4% to €7.3 million in the wake of 12.4% growth in Q1 2016. Difficult prior-period comparability is very apparent, especially in engineering studies, which had grown by over 20% in the first-quarter of 2016.

Geographic sales mix: growth in Europe and consolidation in Asia

ESI Group is a leading innovator in Virtual Prototyping software and services. Specialist in material physics, ESI has developed a unique proficiency in helping industrial manufacturers replace physical prototypes by virtual prototypes, allowing them to virtually manufacture, assemble, test and pre-certify their future products. Coupled with the latest technologies, Virtual Prototyping is now anchored in the wider concept of the Product Performance Lifecycle, which addresses the operational performance of a product during its entire lifecycle, from launch to disposal. The creation of Hybrid Twins, leveraging simulation, physics and data analysis, enables manufacturers to deliver smarter and connected products, to predict product performance and to anticipate maintenance needs.

Dealing in securities by a Director