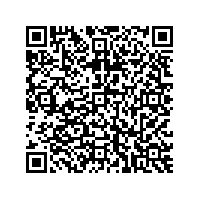 Subscribe to news
(PresseBox) ( Düsseldorf, 09-01-15 )
Ericsson (NASDAQ:ERIC) and TeliaSonera today announced the signing of a commercial LTE network. The roll-out of the 4G mobile broadband network will offer the highest data rates ever realized, with the best interactivity and quality. This network will cover Sweden's capital Stockholm and the contract is Ericsson's first for commercial deployment of LTE.

Your friends on your social networking site will always be just a click away. You can read on-line multimedia newspapers effortlessly and even watch your favorite on-demand TV show in HD (High Definition) quality wherever you are, whenever you find time.

These functions can be possible for mobile broadband customers in the 4G network, based on LTE. The new 4G network will do for broadband what mobile telephony did for voice. With real-time performance, and about 10 times higher data rates compared to today's mobile broadband networks, consumers can always be connected, even on the move.

Erik Hallberg, Senior Vice President and Head of Mobility Services Sweden, TeliaSonera says: "Our customers are among the world's most advanced users of telecommunications services. With 4G, we will provide them with the best mobile broadband capabilities they can get. We have chosen Ericsson as our partner because of its impressive track record in mobile technology, strong focus on LTE development and early deployment capabilities."

Mikael Bäckström, President Ericsson Nordic and Baltics says: "We are very happy to continue our partnership with TeliaSonera, and this cooperation signifies an important milestone. LTE brings the highest possible performance and network capacity, which is needed to meet the needs of the fast growing group of mobile broadband users around the world."

Ericsson and TeliaSonera have started the roll-out in Stockholm, Sweden for commercial launch 2010. Ericsson will perform network implementation services and will manage the network during the initial operation period. The agreement also includes a long-standing partnership where both parties will jointly evolve the way consumers use mobile broadband with LTE.

About the end-to-end LTE network:

Ericsson provides TeliaSonera with an LTE system (4G), including LTE Radio Base stations, which are part of the new RBS6000 series, an Evolved Packet Core network and mobile backhaul solution including Redback's SmartEdge® 1200 routers and the latest EDA multi-access aggregation switch. The LTE system is based on 3GPP standards for Long Term Evolution (LTE) radio technology and System Architecture Evolution (SAE) core technology.

Multimedia content is available at the broadcast room:
www.ericsson.com/broadcast_room

Ericsson is advancing its vision of 'communication for all' through innovation, technology, and sustainable business solutions. Working in 175 countries, more than 70,000 employees generated revenue of USD 27.9 billion (SEK 188 billion) in 2007. Founded in 1876 and headquartered in Stockholm, Sweden, Ericsson is listed on OMX Nordic Exchange Stockholm and NASDAQ.