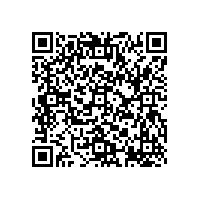 Subscribe to news
(PresseBox) ( Düsseldorf, 08-10-03 )
With effect from 1 October 2008 the ERGO Insurance Group has taken over a majority interest in Bank Austria Creditanstalt Versicherung AG (BA-CA Insurance), and now holds 90 percent of total shares. As a result, the ERGO Insurance Group now climbs to No. 3 in the Austrian life insurance market. With the majority take-over, announced six months ago, the ERGO Insurance Group is expanding its international business further. ERGO is focussing on Austria as a platform for opening up future markets in Central and Eastern Europe.

Central and Eastern Europe are the main focus in the company's international expansion strategy and provide ideal prospects. "The countries there are significant growth markets, offering excellent opportunities for developing and expanding business, as well as achieving high double-digit growth rates", stated Thomas Schöllkopf, member of the Board of ERGO International AG in charge of activities in Central and Eastern Europe.

Previously, ERGO held around 30 percent in the BA-CA Insurance. It has now taken over the 60 percent stake owned by the Wiener Städtische Versicherung AG Vienna Insurance Group which relinquished its stake in BA-CA Insurance for reasons of fair trade. UniCredit Bank Austria AG will retain the remaining ten percent.

BA-CA Insurance is one of the largest life and accident insurers in Austria, and in 2007 premium income amounted to 545 million euros. This takes the market share held by the ERGO Insurance Group in the Austrian life insurance market up to ten percent, making it No. 3 in the country. Victoria Volksbanken Versicherung, Quelle Lebensversicherung AG and D.A.S. Rechtschutz Versicherung AG are also part of ERGO in Austria.

Key role in opening up new markets
As part of the takeover ERGO is concentrating its bancassurance activities in Austria as well as in Central and Eastern Europe under the umbrella of ERGO Austria International AG, which acts as the holding company for BA-CA Versicherung, Victoria Volksbanken Versicherung and a service company responsible for central services such as accounting, actuarial services or Human Resources for all companies within the Group. In this respect, ERGO Austria can count on the experience of the ERGO Insurance Group in developing central and innovative processes. For ERGO, Austria plays a key role in opening up new markets in Central and Eastern European countries where the sales channel bank partnerships is to be extended even further.