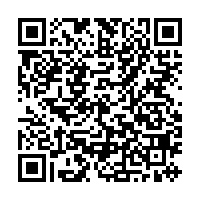 (PresseBox) ( Düsseldorf, 20-06-10 )
Can we build cities in the future in which the use of fossil fuels is largely superfluous? How can we achieve the German government's ambitious climate targets? And how can each and every individual make a contribution? These and other questions are to be answered in individual districts of the cities of Essen and Bedburg in North Rhine-Westphalia and Kaisersesch in Rhineland-Palatinate. In these three districts, innovative technologies will be implemented with the involvement of society and examined for economic efficiency and acceptance. Within the framework of the SmartQuart project funded by the Federal Ministry of Economics and Energy, the participating urban quarters are each being networked within themselves and with each other. In this way, the variously structured quarters should complement each other sustainably and economically in a systemic network and exchange energy with each other. The energy turnaround project is now entering the implementation phase.

SmartQuart, which was developed by a consortium of ten partners under the leadership of the energy company E.ON, will develop new products and solutions for the planning, construction and operation of energy-optimized neighborhoods by the end of 2024. The aim of the project is to make the use of fossil fuels in the project neighborhoods largely superfluous and to make the areas, as flexible parts of a future energy system, players in the energy turnaround. A total of more than 60 million euros will be invested in this.

In December 2019, Federal Minister of Economics Peter Altmaier gave the starting signal for SmartQuart as the first “real laboratory of the energy turnaround.” The programme will test future-proof energy technologies under real conditions and on an industrial scale. “With the kick-off event of SmartQuart, the new format of real laboratories will be presented to the public in the region. SmartQuart is the energy turnaround on a neighborhood scale: a future-oriented technology in the field of renewable energies. It is also a format that takes into account the various interests of citizens, local authorities, planners, plant and network operators and provides good solutions for implementing the energy turnaround,“ emphasized State Secretary Andreas Feicht at today's kick-off press conference.

SmartQuart represents typical quarters ranging from low-density rural areas such as Bedburg, mixed-structure areas such as Kaisersesch to a very high-density urban quarter in Essen. By mapping these typical German areas, the concepts are transferable to other quarters.

Andreas Pinkwart, Minister of Economic Affairs, Innovation, Digitalisation and Energy of North Rhine-Westphalia: “For a successful transformation of our energy system, we need intelligent and adapted solutions in the neighborhood in order to efficiently use the potential of locally available renewable energies. The tools of digitization help us to develop technologies for economically viable energy solutions. The districts in Bedburg and Essen are providing initial findings for broad-based implementation in North Rhine-Westphalia and can thus make substantial contributions to climate protection in rural areas and conurbations.”

Ulrike Höfken, Environment and Energy Minister of Rhineland-Palatinate, adds: “In the real laboratories of the energy turnaround, as in Kaisersesch, sustainable, innovative energy supply is being tested under real conditions and on an industrial scale. They want to learn how our energy consumption can be shaped in a climate-friendly and clean way on the basis of renewable energies. SmartQuart also provides regional development impulses in Kaisersesch through the new, green hydrogen infrastructure and the expected climate protection effects. A beacon project as an innovation community of the energy turnaround!”

The share of renewable energies in the electricity sector is currently already around 40 percent. However, the heat and mobility sectors are still characterised by a significantly higher proportion of fossil primary energy sources. If Germany's climate protection goals are to be achieved, the share of renewable energies must still grow strongly in all sectors and in all areas of daily life. This is precisely where SmartQuart comes in – in a citizen-driven turnaround in energy, heat and mobility from the neighborhoods.

“More and more people want to use energy at home in a more sustainable, cheaper and independent way. With the help of digital technology, we are creating solutions that make life more comfortable for private households and especially in neighborhoods, and also help companies optimize their energy supply processes. With the SmartQuart project, we are meeting this customer demand and showing people innovative products and solutions in the areas of electricity, heat and mobility,“ explained Karsten Wildberger, member of the board of E.ON.

SmartQuart wants to show that the step towards a climate-neutral energy supply within a city quarter and in interaction with neighbouring areas is already technically and economically possible today. The central project element is the exchange of energy and intelligent networking within and between the quarters. Consumption and generation are already being optimised at local level. An important factor here is the decentralised sector coupling at local level in the neighborhoods in order to implement the energy turnaround in the areas of mobility, heat and electricity. Different approaches to solutions are being developed in the neighborhoods, which complement each other beyond the neighborhood boundaries.

The individual sectors are linked via the so-called SmartQuart-Hub. This energy management system systematically networks all consumers and producers in the neighborhoods and controls the energy flow. The aim is to use energy as efficiently as possible in the neighborhood or to make it available to other neighborhoods on the balance sheet. The possible involvement of other, external players also makes the networking of local solutions in the network a lever for achieving additional value creation beyond the boundaries of the participating areas.

The central and unique selling proposition that determines the success of the project is the participatory approach. The people in the neighborhoods are involved in the project right from the start. For example, there are citizen forums and exchange meetings. The aim is to develop new models with all those involved that enable sustainable, energy-optimised operation in future, innovative neighborhoods. Residents should be able to evaluate the benefits and comfort of individual technologies.

The selected quarter of the Kaster district of the town of Bedburg in the Rhine-Erft district is characterised by a purely residential development area and a typical small-town building density. An energy-optimised new development area is being created on an area of almost 60,000 square metres. With the 130 residential units that will be built in the future, a citizen-oriented, energy self-sufficient, digital and regenerative energy supply system is to be created. To implement the energy turnaround in the Bedburg neighborhood, the partners are relying on ‘green’ local neighborhood energy (thermal energy and household electricity). The electricity will be generated on site by a new wind turbine, which will be built as part of the expansion of the local wind farm, and in new neighborhood PV systems, and will be consumed in the neighborhood. In addition, highly efficient central and decentralised (per house) heat pumps are used to cover the heating and cooling requirements.

Sascha Solbach, Mayor of Bedburg: “With our project we are sustainable in the best sense - we are CO2-neutral in terms of electricity and heat, use storage technology for the windless days and, when building the houses, ensure the greatest possible saving of climate-damaging gases in the choice of building materials.”

Despite its rural character, the quarter in the municipality of Kaisersesch in Rhineland-Palatinate is more characteristic of a small-town mixed area in terms of consumption. The structures there include residential areas as well as industry and commerce and municipal buildings. This environment is particularly suitable for the construction of a hydrogen-based microgrid. It shows the entire value chain from the generation, conversion, storage, distribution and use of renewable energy by the end consumer in the sectors of heat, electricity, mobility and industry. Thus, renewable energy is to be integrated into the energy system and at the same time the regional public transport system is to demonstrate the sensible coupling of renewable energy to the mobility sector by supplying a bus fleet powered by hydrogen.

An urban quarter with a high density of buildings and services is to be created in Essen. Thanks to a PV and hybrid PV system, the highly dense urban quarter is able to generate its own energy. The characteristic of such an urban quarter is that consumption exceeds generation. Therefore, parts of the electricity demand are covered by the systemic network. The balance of consumption and generation is optimized by using a central neighborhood storage system and an intelligent digital neighborhood energy management system. In addition, new mobility offers will be made through charging stations and e-car and e-bike sharing. The selection of a suitable neighborhood is currently underway.

Thomas Kufen, Mayor of the City of Essen: “Essen is a growing city. This means that the demand for living space and life in the neighborhood is increasing. With innovative and intelligent projects and strong partners, we want to meet all the demands of modern living. Be it the development of a ‘SmartQuart’ including the use of renewable energies or the development of new mobility concepts for the connection to the neighborhood. A modern urban development has the human being in view.”

This press release may contain forward-looking statements based on current assumptions and forecasts made by E.ON Group Management and other information currently available to E.ON. Various known and unknown risks, uncertainties, and other factors could lead to material differences between the actual future results, financial situation, development or performance of the company and the estimates given here. E.ON SE does not intend, and does not assume any liability whatsoever, to update these forward-looking statements or to align them to future events or developments.