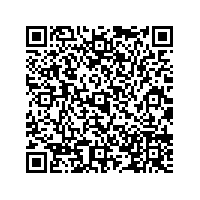 Game-changing company-foundation in the field of tank construction

(PresseBox) ( Lohne, 13-05-07 )
To pool strengths and make better use of potential synergies in the agricultural-related field of tank-construction - that is the goal of EnviTec - Greten Behälterbau GmbH & Co. KG, which was founded on 28 March 2013. The newly-formed company, which is headquartered in Lohne in Lower Saxony, aims to introduce tanks that are both economical and more competitive into the market. The new company emerged from the close cooperation that took place between Alfons Greten Betonwerk GmbH & Co. KG and EnviTec Biogas AG, both of which have been successful in their respective segments.

"As a company that has been one of Europe's sector leaders in the field of plant-construction for more than ten years, we have proven that success and sustainability are not coincidences", says Lars von Lehmden, who is the business manager in charge of project development at EnviTec Biogas. When it comes to the field of tank construction, the company from Lower Saxony that builds biogas plants has been banking on the multi-year experience and reliability of Alfons Greten Betonwerk GmbH & Co. KG ever since it was founded - "That was when we started thinking about collaborating at an even closer level", says Alfons Greten, who, along with Lars von Lehmden, leads the business operations of the newly-formed company.

Thanks to the simultaneous entry into the market, the company expects the order-situation to be stable throughout the first year. The employees of EnviTec - Greten Behälterbau are expected to be selected from the fields of assembly, construction management and structural analysis, all of which were previously within EnviTec's sphere of responsibility. "Furthermore, we are planning to hire new employees who can help us reach our goal of becoming the market leader", explains Alfons Greten. Greten Behälterbau is to be responsible for marketing the products. It is also to be responsible for the domain of payroll accounting, while EnviTec is to be responsible for the domain of financial accounting. The founding of the new company is not expected to result in any changes in the workforce.

The family-owned company has been a partner to the agricultural sector for more than half a century. The company was founded in 1954. It relocated to Essen in 1959. In the interim period, it turned into a successful medium-sized company with about 200 employees. Initially, the company specialised in concrete windows. After a short period of time, it integrated slatted floors for pigs and cattle into its portfolio. In this particular domain, the company became one of the leading manufacturers in Europe. Since the year 2000, the company has also been successful in producing and installing finished elements associated with the field of constructional steelwork (manure cellars and sandwich walls). Today, Greten Betonwerk is one of the leading manufacturers of concrete slatted floors, tank-components and finished elements for agricultural buildings. The company is increasingly exporting its products to Europe and overseas countries, and thanks to its premium-quality products, it already has a presence in Scandinavia, the Benelux countries, the Alpine countries, Australia, New Zealand, Israel and many other countries.

EnviTec Biogas AG covers the entire value chain for the production of biogas: including the planning and turnkey construction of biogas plants as well as their commissioning. The company takes charge of biological and technical services on demand and also offers full plant and operational management. In addition, EnviTec also operates its own biogas plants. In 2011 EnviTec Biogas established EnviTec Energy GmbH & Co. KG and its 100% subsidiary EnviTec Stromkontor GmbH & Co. KG, expanding its business operations into the direct marketing of upgraded biomethane as well as the marketing of green electricity and balancing energy. Today, EnviTec Biogas AG is represented worldwide in 20 countries. In 2012 EnviTec generated revenues of € 190.5 million and an EBIT of € 1.3 million. The EnviTec Group currently has 398 employees. EnviTec has been listed on the Prime Standard segment of the Frankfurt Stock Exchange since July 2007.