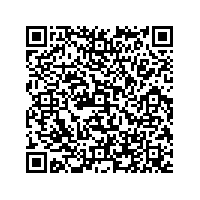 Dividend of EUR 0.60 per share decided for FY 2016 / All items on agenda approved by large majority

(PresseBox) ( Lohne, 17-06-28 )
At today’s Annual General Meeting of EnviTec Biogas AG (ISIN: DE000A0MVLS8), the shareholders expressed their appreciation of the company’s solid performance in what was a challenging market environment and ratified the actions of the Executive Board and the Supervisory Board for the fiscal year 2016 with a large majority. The other items on the agenda were also approved as proposed by the management, including the resolution to use EnviTec Biogas AG’s profit in the amount of EUR 9.98 million to pay out a dividend totalling EUR 8.9 million, i.e. EUR 0.60 per eligible share. The shareholders attending this year’s AGM represented approx. 84.54% of the share capital.

In its speech, the Executive Board of EnviTec Biogas AG gave a detailed presentation of the performance in the past fiscal year and the future prospects in the global biogas market. Although the statutory framework conditions remained difficult and the market environment was challenging, the company positioned itself well in Germany and the foreign core markets. This is also reflected in the business figures for 2016. At approx. EUR 22.2 million, earnings before interest, taxes, depreciation and amortisation (EBITDA) reached the highest level in the company’s history and mirror its increased profitability. The Plant Construction segment achieved the projected revenues with a slightly higher number of employees. The company’s early concentration on the internationalisation of its business activity is increasingly paying off, whereas the focus in Germany was placed on optimising the existing business. The Service segment continued its positive performance, as reflected in strong revenue growth.

Olaf von Lehmden, CEO of EnviTec Biogas AG, said: “Legislation in Germany once again made life difficult for us. In view of our existing expertise, our international focus and our strengths in research and development, we are nevertheless more than well positioned for the future. The Plant Construction segment will primarily rely on its innovative gas upgrading and waste processing technologies in our foreign core markets of Great Britain, Denmark, China and France. And we also project continued moderate growth for the Service and Own Plant Operation segments.”

At the Annual General Meeting, the Executive Board confirmed its forecast of moderate revenue growth and slightly improved earnings before interest and taxes (EBIT) for the current fiscal year 2017.