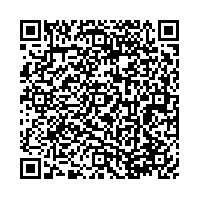 Subscribe to news
(PresseBox) ( Brussels, 12-07-06 )
ENTSO-E is proud to release on 5 July the Ten-Year Network Development Plan 2012 (TYNDP) and submits it to ACER for Opinion in line with Reg. (EC) 714/2009. As in the 2010 version, cumbersome permit-granting procedures and a lack of public acceptance for power lines are presently the most relevant obstacles. Extending the grid by only 1.3% a year enables adding 3% generation capacity and the reliable integration of 125 GW of renewable energy sources. For less than 2ct per kWh of end-users' electricity bills over the decade, the TYNDP 2012 proposed investments allow achieving the EU energy and climate goals in the most efficient and secure way.

ENTSO-E President, Daniel Dobbeni commented: "In light of these very positive results, all European TSOs are urging the European Commission and Parliament to move ahead with the Draft Regulation on Guidelines for Energy Infrastructure Priorities and, in particular, its provisions on streamlining permit granting procedures through a three-year time limit and the so-called one-stop-shops. I want also to thank all stakeholders for their valuable input and constructive attitude helping us to deliver a high quality package. On the basis of the TYNDP 2012 multi-criteria valuation technique, ENTSO-E will propose after the summer break a cost-benefit-analysis methodology for the valuation of Projects of Common Interest hoping to contribute furthermore to the Commission's effort to boost energy infrastructure development."

EU Energy Commissioner Günther Oettinger said: "ENTSO's work and the TYNDP are crucial for transparency and enhanced coordination for network development in Europe. I thank ENTSO-E for the substantial work done and progress made vis-à-vis the TYNDP 2010 and welcome particularly ENTSO-E's efforts to make this TYNDP an important building block to realize the European energy infrastructure priorities as set out in the Draft Regulation on Guidelines for trans-European infrastructure."

Responding to stakeholders' request for a more comprehensive and clear presentation, the TYNDP 2012 is a package comprising 8 documents: the Scenario Outlook and Adequacy Forecast, six Regional Investment Plans, and the pan-European TYNDP report. The TYNDP 2012 shows that, consistent with the assumptions of the European Commission, €104 bn need to be invested in the refurbishment or construction of roughly 52 000 km of extra high voltage power lines and cables. These are clustered into 100 major investment projects across Europe. The fast and massive development of renewable energy sources (RES) drives larger, more volatile, power flows over longer distances across Europe and is responsible for 80 out of 100 identified bottlenecks.

The consultation process with EU-wide stakeholders resulted in significant improvements to the reports comprising the 2012 package and provided valuable input for the 2014 version. Continuous updates of the data set, among which the release of the German National Development Plan, is part of the TYNDP 2012 process. In response to stakeholder feedback, ENTSO-E has already started preparing and consulting on 2030 visions(rather than 2024) for the scenarios of the next TYNDP edition.

The release of the TYNDP package 2012 complies with the requirements of Regulation EC 714/2009, in force since March 2011, in particular Art. 8.3-b requiring ENTSO-E to adopt a non-binding EU-wide ten-year network development plan including a European generation adequacy outlook, every two years.

ENTSO-E is the European Network of Transmission System Operators for Electricity, representing 41 Transmission System Operators (TSOs) from 34 countries, founded in December 2008. TSOs are responsible for the bulk transmission of electric power on the main high voltage electric networks, one of the most important infrastructure backbones of Europe's service and industrial economy. ENTSO-E's legal basis is Regulation (EC) 714/2009 on electricity cross-border exchanges, mandating it to draft network codes and non-binding EU-wide ten-year network development plans.