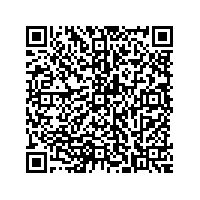 Airline to increase cargo capacity by 17 per cent

In the next 12 months, Emirates SkyCargo will take delivery of two new, state-of-the-art Boeing 777 freighters, the largest twin-engine aircraft in the world. They will have a maximum payload of 103 tonnes. In addition, 18 new wide-bodied passenger aircraft will be added to the Emirates fleet, enabling Emirates SkyCargo to increase frequencies and capacity on many existing routes.

Ram Menen, Emirates Divisional Senior Vice President Cargo, said: "The last two years have not been easy for the air cargo industry, but we hope to see some stability return in the coming months. For Emirates SkyCargo, 2009 will be a year of consolidation.

"We will bolster our presence in markets where we have a greater demand from our customers, such as China and Africa."

It will also introduce services from Dubai to Durban, South Africa on 1st October 2009. The route will be served by an Airbus A330-200 which can carry up to 14 tonnes of cargo into the port city.

In recent months, Emirates SkyCargo has increased capacity from its Dubai hub to India to more than 2,500 tonnes a week. As new aircraft come online, the weekly cargo capacity will increase to the tune of approximately 10 per cent to Europe; four per cent to Australia; 17 per cent to the Middle East, 15 percent to Africa ; while capacity into the US will grow eight per cent when the thrice weekly services to Los Angeles and San Francisco go daily from May.

In total, the additional capacity will see more than 700 tonnes of cargo capacity added to the Emirates fleet.