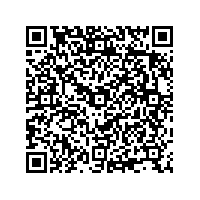 Subscribe to news
(PresseBox) ( Paris, 10-07-22 )
A2iA, the worldwide leading developer of tools for document analysis and handwritten data extraction, announced today that it has named three new directors to its North American team. A2iA Corp., the North American subsidiary of A2iA SA, was created in 1999 by Jean- Louis Fages, President and Chairman of the Board, to support the business expansion in the United States and Canada. Since its inception, A2iA Corp. has experienced rapid development and over the past three years, has seen revenues grow by more than 53 percent.

To support the continued growth of its subsidiary, A2iA has named three new directors to its North American team:

Wendi joined A2iA in 2007 as Marketing Communications Manager, North America, and currently holds CDIA+ and ECMp industry certifications. Prior to this position, she served in various marketing and communications roles within the document imaging/document management and financial services industries. Wendi holds a Bachelor's degree in Interactive Communication with a concentration in Marketing from The Ohio State University, and has completed a Graduate Certificate in Marketing Management from New York University.

Ati joined A2iA in 2008 as Account Manager and was later named Sales Manager, North America. Prior to joining A2iA, Ati worked in the United Kingdom with mailflow, printtopost solutions and later the telecommunications industry. After moving to the United States in 2006, he focused on new business development and account management within the document services industry. Ati graduated from the University of Brighton, Sussex with a BSc. (Hons) in Biological Sciences.

Prior to joining A2iA in 2000 as a Software Engineer, Yuriy held senior software engineering and technical director roles in Saint Petersburg, Russia, as well as a scientific/research position at The Institute for Informatics and Automation at the Russian Academy of Sciences. During his tenure at A2iA, Yuriy was named Manager of Pre-Sales, Support and Maintenance for North and Latin Americas. Yuriy holds a Masters Degree in Mathematics from Leningrad (Saint Petersburg) State University.